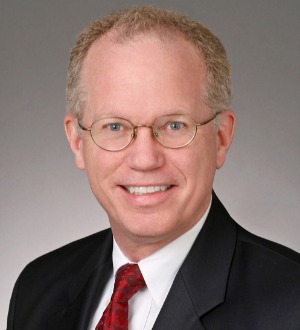 Recognized by Best Lawyers® since 2012.
700 Thirteenth Street, NW, Suite 800 Washington, District of Columbia 20005-3960
(202) 654-6200
|
Firm: Perkins Coie LLP
|  Website
Edit Profile
Edit Your Profile
To edit your Lawyer Directory information, please login to your
Best Lawyers® Admin Account.
If you have any questions or need assistance, please contact us at info@bestlawyers.com or 803.648.0300.
Overview
Firm

Years In Practice
Phone Number (202) 654-6200
Michael House, a partner in the firm’s Business group, focuses his practice in international trade law. Michael advises and represents clients in all aspects of trade remedy investigations under U.S. antidumping, countervailing duty and safeguard laws, as well as on export licensing and export control matters. He also advises clients in bilateral and multilateral disputes before the World Trade Organization. Michael counsels clients on Customs issues involving import transactions including entry, classification and valuation, and on U.S. international trade policy including free-trade agreements, trade negotiations, and investigations of market access and import competition.

Michael regularly represents clients in matters before the U.S. Department of Commerce, U.S. International Trade Commission, U.S. Trade Representative, U.S. Department of State, and other federal and local agencies. He has served as the lead litigation counsel in cases brought before the U.S. Court of International Trade, the U.S. Court of Appeals for the Federal Circuit and the U.S. Supreme Court.