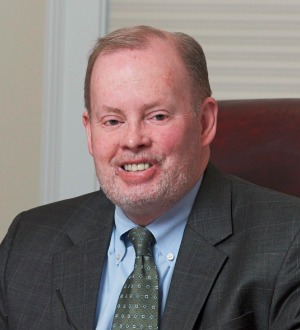 Recognized by Best Lawyers® since 2017.
527 Prospect Avenue West Hartford, Connecticut 06105
(860) 549-8440
|
Firm: Walsh Woodard LLC
|  Website
Edit Profile
Edit Your Profile
To edit your Lawyer Directory information, please login to your
Best Lawyers® Admin Account.
If you have any questions or need assistance, please contact us at info@bestlawyers.com or 803.648.0300.
Overview
Firm

Michael J. Walsh is a founder and principal of the Walsh Woodard LLC law firm.  He has dedicated his practice to the representation of individuals in personal injury actions.

From 1988 through 1989, Mr. Walsh served as a federal law clerk to the Honorable Ellen Bree Burns, who at the time was the Chief Judge, and now serves as Senior Judge, for the District of Connecticut.

Mr. Walsh has been consistently selected by his peers as one of Connecticut’s Super Lawyers, as was published in Connecticut Magazine’s Super Lawyer Section, since the inception of the reward.  In 2009 and 2010, Mr. Walsh was selected as one of the top 10 Connecticut Super Lawyers.  In 2009, he was further recognized as the third highest vote recipient in the statewide poll.  The selection process for Super Lawyers can be found at www.superlawyers.com/connecticut/selection_details.html.  In addition,  Mr. Walsh is also listed in the 2017 publication: The Best Lawyers in America.  The methodology for selection into the Best Lawyers in America can be found here: https://www.bestlawyers.com/About/MethodologyBasic.aspx

Mr. Walsh was educated at Stonehill College where he graduated with high honors in 1984, with a Bachelor of Science degree in Mathematics and Computer Science.  He received his law degree from University of Connecticut in 1987, where he served on the editorial board of the Connecticut Law Review.