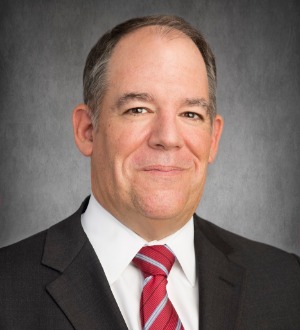 Michael J. King graduated from Syracuse University with a B.A. in mathematics and political science. After graduating from Syracuse University, he was commissioned a Second Lieutenant in the United States Air Force, with a deferred service commitment to attend law school. Mike obtained his law degree from The University of Tennessee College of Law in 1992. He then served for four years in the United States Air Force as a Judge Advocate. He is licensed in Tennessee and North Carolina.

Mike has nearly 25 years of litigation experience. In the context of product liability, he has represented various companies in product liability and toxic tort litigation. He currently serves as lead counsel for several companies in Tennessee asbestos litigation. Mike has been involved in all aspects of asbestos litigation including depositions of plaintiffs and co-workers, depositions of expert witnesses, pretrial motion practice and jury trials. He has served as coordinating counsel for defense groups in numerous cases throughout Tennessee.

Mike has handled a wide variety of civil litigation cases in both federal and state court including trials involving business and commercial disputes. Mike has tried commercial disputes including complex contract cases, shareholder derivative suits, and covenants not to compete. He is also a Rule 31 listed mediator.

Mike has co-authored the Tennessee Section of Business Torts, A Fifty State Guide. He has also lectured in the areas of Landlord and Tenant law and the admissibility of evidence.

He previously served as President of the Knoxville Bar Association and as co-chair of the publications committee. In 2011, he was inducted as a Fellow in the Knoxville Bar Foundation. Mr. King is a member of the Tennessee Bar Association.  He is a graduate of the TBA’s Leadership Law Program and has served on the steering committee for the program. He is also a member of the Defense Research Institute, and the Litigation Section of the American Bar Association. Mike recently completed a three year term with the University of Tennessee-Knoxville Chancellor’s Associates, a group of business, professional and community leaders from the Knoxville area that help build public understanding of and support for the university.