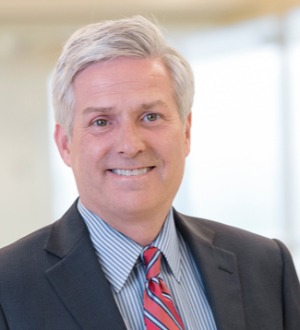 An experienced member of the firm's government investigations group, Michael focuses on both federal and state investigations, including by the Colorado Attorney General. A former Denver Senior Deputy District Attorney, Michael has tried over one hundred cases to judge and jury and has litigated civil and criminal cases in various federal and state courts, including the Colorado Court of Appeals, the Colorado Supreme Court, the US District Court for the District of Colorado, and the US Court of Appeals for the Tenth Circuit.

Michael also advises clients regarding data breaches, privacy notifications, law enforcement investigations, and ransomware. Michael also has a national reputation as litigation and compliance counsel for numerous national and international internet retailers, including with regard to consumer protection issues.

As part of his dedication to community service, Michael served twelve years as a publicly-elected member of the University of Colorado Board of Regents. In 2012 and 2013, his colleagues elected him chair of the Board of Regents, which oversees the $3.8 billion University of Colorado, the third largest employer in the state of Colorado. Michael has been interviewed on higher education issues by CNN, Fox News, The New York Times, The Los Angeles Times, and other media outlets. In September 2014, Denver Mayor Michael Hancock appointed Michael to the city's Crime Prevention and Control Commission.

Michael clerked for the Honorable Clarence A. Brimmer, United States District Judge for the District of Wyoming.