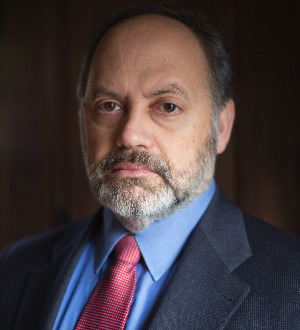 Recognized by Best Lawyers® since 2017.
520 Cayuga Heights Road Ithaca, New York 14850
(607) 257-8000
|
Firm: Pinnisi & Anderson
|  Website
Edit Profile
Edit Your Profile
To edit your Lawyer Directory information, please login to your
Best Lawyers® Admin Account.
If you have any questions or need assistance, please contact us at info@bestlawyers.com or 803.648.0300.
Overview
Firm

He draws upon over thirty years of experience in public, private, and academic legal work to bring rounded judgment to his engagements.  He has served as an Honor Program Trial Attorney for the U.S. Department of Justice, as an Assistant U.S. Attorney in Manhattan and Washington, D.C., as an associate with Shearman & Sterling in New York and Cleary Gottlieb Steen & Hamilton in D.C., as General Counsel and Vice President of Kionix, Inc., and as an Adjunct Professor of Law at Cornell Law School.

Mr. Pinnisi has handled cases of national significance and many high-value commercial litigations, supervised the merger and sale of companies valued into hundreds of millions of dollars, structured and negotiated other complex business deals, and supervised the prosecution, enforcement, and transfer of IP portfolios including over 100 patents.  Typical engagements include commercial litigation, corporate governance disputes, internal corporate investigations, contract negotiation and drafting, and general advice regarding strategic and other matters.

He often was asked to supervise or assist the work of major law firms, in the de facto role of an outside General Counsel, or to step into a difficult situation to turn around a matter that was not handled satisfactorily by prior counsel.  Even so, he prefers to be engaged early in a matter, so he can better exploit opportunities to prevent problems before they become more difficult to manage, or at least posture them optimally for later resolution.

He is a graduate of Cornell University and Cornell Law School, a frequent speaker to bar and business groups, and a recipient of awards for upholding high ethical standards in practice.  His boutique firm, Pinnisi & Anderson, strives to provide the quality of legal services normally found in large firms located in major cities, but with favorable rates and efficient, personal service that is possible to deliver from a small firm.