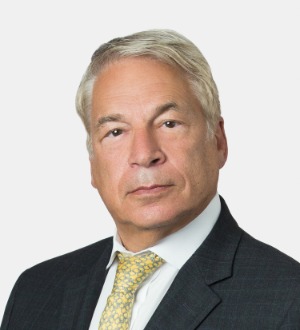 Recognized by Best Lawyers® since 2009.
1251 Avenue of the Americas, 37th Floor New York, New York 10020
(212) 880-3800
|
Firm: Akerman LLP
|  Website
Edit Profile
Edit Your Profile
To edit your Lawyer Directory information, please login to your
Best Lawyers® Admin Account.
If you have any questions or need assistance, please contact us at info@bestlawyers.com or 803.648.0300.
Overview
Firm

Michael Bailkin focuses in two value creation areas of real estate:  (i) development incentives; and (ii) structuring and helping implement real estate development projects.  Development incentives includes a broad range of programs that utilize public sector resources to add value to private projects, including financial supports, EB-5 financing,  cost reductions, land use actions and sole source and below market acquisition of land. Structuring real estate projects generally involves taking inchoate opportunities and providing approaches that enable enhanced values and monetization of illiquid assets. Michael is currently developing a new specialty in the field of Public/Private/Partnership (“P3”) infrastructure, where he structures and helps implement private funding of infrastructure that services adjacent areas under private development. He is working closely with the U.S. Conference of Mayors to develop approaches that will enable its members to access “best practices” in P3 infrastructure.

Clients for development incentives include companies, developers, institutions and landowners. Clients for structuring and implementation generally are landowners who own property and want to realize values greater than could be produced by a simple sale, usually through joint ventures with developers and/or full or partial development with development services assistance by Michael.

Michael’s practice for development incentives is national, but with a primary focus on New York, and urban areas in the mid-Atlantic region.  The practice for structuring and implementing real estate projects is based in New York and the New York Metro region.

Michael’s core competency in these areas results from extensive experience in both the public and private sectors.  Michael served two years in New York State government, primarily as Deputy General Counsel for the Roosevelt Island New Community.  He then served three years in the New York City government, eventually heading up that City’s Economic development program. He then co-founded and managed a boutique firm, StadtmauerBailkin, (which merged into Akerman in 2007), which was the leading firm in New York City for development incentives. Since becoming Of Counsel at Akerman, he has continued in these fields and expanded his areas of expertise in related activities as the market has evolved.