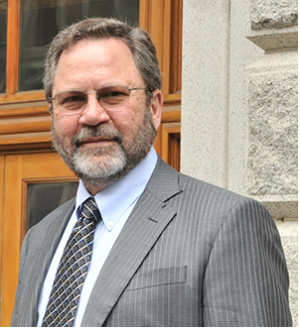 Michael B. Bogdanow is a Principal and Director of Meehan, Boyle, Black & Bogdanow, P.C., and oversees all of its appellate litigation. He has handled numerous appeals on a wide range of issues. Attorney Bogdanow successfully handled the appeal of a $63 million verdict on behalf of his firm's clients, a young girl who was given over the counter Children’s Motrin® to treat a mild fever (and her parents, who were also plaintiffs in the case). She developed the side-effects Stevens-Johnson Syndrome (SJS) and Toxic Epidermal Necrolysis (TEN) resulting in life-altering injuries including the loss of 90% of her skin, blindness and significant respiratory damage. At the time of ingestion, the label did not identify early symptoms of TEN as it does today. Johnson & Johnson and its subsidiary McNeil-PPC, Inc. appealed, and the judgment was upheld by the Supreme Judicial Court of Massachusetts in Reckis v. Johnson & Johnson, 471 Mass. 272 (2015).

Michael Bogdanow also handled the appeal in Commerce Insurance Co. v. Ultimate Livery Service, Inc., 452 Mass. 639 (2008), which established the principle that if a transportation service does not take reasonable steps to help avoid harm caused by its inebriated passengers, the company can be held liable. An intoxicated passenger had been drinking with his friends in a "party limo" for several hours and immediately drove after being dropped off near his car. Minutes later, his erratic driving  killed an off-duty Boston police officer. The Supreme Judicial Court held that when a limousine service allows its passengers to become intoxicated, it has a duty of care to take reasonable steps to transport them to a place of safety, rather than simply dropping them off where they were picked up, particularly if it is foreseeable that they may then drive.

Michael Bogdanow follows two professional passions in life: law and art. He maintains a diverse practice at Meehan, Boyle, Black & Bogdanow, and also creates paintings and sculptures in his Cambridge studio. While the two enterprises might seem contradictory – the rationality of law vs. the creativity of art – to Bogdanow, they occupy a common ground.

“Certainly art draws from the creative, nonverbal, aesthetic and spiritual part of the brain,” notes Bogdanow. “And law is more analytical, more verbal, more social and more direct. But there still is overlap. As an attorney I often find myself tapping into my skills as an artist. I try to view each case individually and to be as creative as possible in addressing the client’s needs.”

Bogdanow is also a prodigious writer. In 2018, he wrote Massachusetts Personal Injury Litigation, published by Matthew Bender. In 1993, he authored the legal treatise, “Massachusetts Tort Damages,” and in 1999 he wrote the second edition of the treatise, published by Lexis Law Publishing. He updates each of these treatises annually. He has also contributed to many other books, and has published numerous articles on tort and insurance law.

A native of Houston, Bogdanow has practiced law in Boston since his graduation from Harvard Law School in 1984. Like others at the firm, Bogdanow manages to make time to participate in bar activities. He has served as Chairperson of the Joint Bar Committee on Judicial Appointments, and Co-Chair of the Boston Bar Association Litigation Section and Co-Chair of its Tort Committee. He has also served as President of the Massachusetts chapter of the Federal Bar Association.