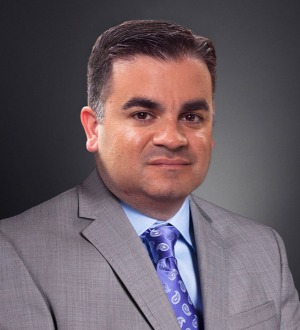 Recognized by Best Lawyers® since 2019.
600 Third Avenue Kingston, Pennsylvania 18704
(800) 760-1529
|
Firm: Hourigan, Kluger & Quinn, PC
|  Website
Edit Profile
Edit Your Profile
To edit your Lawyer Directory information, please login to your
Best Lawyers® Admin Account.
If you have any questions or need assistance, please contact us at info@bestlawyers.com or 803.648.0300.
Overview
Firm

Michael Lombardo is a Principal on Hourigan, Kluger & Quinn's Personal Injury Team. His practice focuses primarily on all types of personal injury cases, including motor vehicle accidents and medical malpractice. He also represents a number of local fire and ambulance companies and community groups, doing much of that work for free.

He has handled personal injury cases from start to finish in all types of proceedings, including mediations, arbitrations and jury trials, with a 100 percent success rate.

Michael Lombardo was born, raised and resides in Pittston, where he is a member of the City Council and director of the Department of Accounts and Finance. A former president of the Greater Pittston YMCA, he is still active in the organization and numerous other community groups such as Leadership Wilkes-Barre, the Wilkes-Barre chapter of UNICO, Knights of Columbus (Third Degree), the Italian American Association of Luzerne County and the Pittston Tomato Festival Committee. He is a member of the St. Joseph Marello Parish community in Pittston.

Attorney Lombardo's background brings a unique perspective to his auto accident cases. Prior to his legal studies, he served as a Pittston firefighter and paramedic. Since he has been part of vehicle rescue operations, he knows firsthand what accident victims go through. He continues to serve on the city's ambulance corps board of directors, is an active firefighter and a state-certified emergency medical technician.

His accomplishments as an attorney have been consistently recognized by his peers, having been selected each of the last five years as a Pennsylvania Super Lawyers Rising Star. Additionally, he was recently named to the 2013 National Trial Lawyers "Top 40 Under 40" list. He received numerous academic awards while attending law school at The Pennsylvania State University Dickinson School of Law. He also is an honors graduate of King's College.