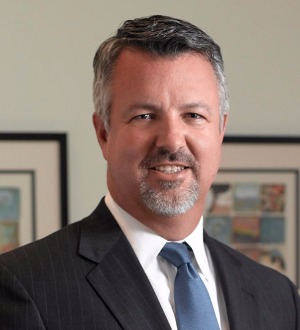 Michael has qualified to serve as an expert witness on insurance coverage matters, and has testified at trial in New York Supreme Court, New York County, and in court proceedings in New Jersey Superior Court, Passaic County.

He won affirmance of an award of summary judgment dismissing claims for defense and indemnity in the American Properties construction defect coverage action in the New Jersey Appellate Division, involving underlying claims concerning 192 residential units in six buildings and common areas, on the basis that the Pre-Existing Damage Exclusion and the EIFS Exclusion barred coverage under an insurer client’s primary policies issued to a developer/sponsor.

In the Carrier asbestos bodily injury coverage action, Michael won reversal of a trial court ruling that coverage is triggered by injury-in-fact as a matter of law from a claimant’s date of first exposure to asbestos to death or the filing of suit, and recognition that injury-in-fact can occur only when a threshold level of asbestos fiber or particle burden is reached that overtakes the body's defense mechanisms. Michael also won affirmance of an award of summary judgment that excess policies had no duty to defend or to pay or reimburse defense costs for tens of thousands of asbestos claims.

Michael won summary judgment in the First State asbestos coverage case that an excess policy did not drop down in place of an insolvent underlying policy.

He won summary judgment in the Sapa Extrusions product liability coverage action in Pennsylvania, concerning an underlying action that had sought over $100 million in past and future damages, on the basis that there was no “occurrence” resulting in “property damage” triggering coverage under several policies issued by an insurer client, which was affirmed in relevant part by the Third Circuit Court of Appeals.

In an action by a successive insurer for contribution for pollution cleanup costs for a gasoline release from an underground storage tank brought in connection with New York Navigation Law claims, Michael won affirmance of an award of summary judgment that an insurer client was provided late notice under seven years of primary coverage.

Michael successfully tried the Radiator Specialty benzene health hazard coverage action in a bench trial to a no-pay judgment for an insurer client. He had previously won summary judgment that a pro-rata time-on-the-risk allocation applied to numerous benzene and asbestos claims, and that excess policies issued by an insurer client had no duty to defend or to pay or reimburse defense costs for those underlying claims.

He won summary judgment in the Troy Belting asbestos coverage action in New York that a putative policyholder had failed to meet its burden of proving the terms and conditions of 25 years’ worth of allegedly missing primary insurance policies.

Following removal of a Georgia state court action to federal court in Atlanta and transfer to the Southern District of New York in the Fairbanks actions, Michael won summary judgment that the Georgia Supreme Court would adopt a pro-rata time-on-the-risk allocation of indemnity costs for numerous asbestos bodily injury claims, would hold the policyholder responsible for the orphan share attributed to an insolvent insurer, and that umbrella policies had no duty to pay defense or indemnity costs because of an asbestos exclusion.

Michael won summary judgment that numerous excess policies had no duty to defend or to pay or reimburse defense costs for tens of thousands of black lung and asbestos claims in the Mine Safety action in Delaware.

He won summary judgment in the Ross Development environmental insurance coverage action in South Carolina, involving significant cleanup costs at a former manufacturing facility in Charleston, that claims under more than 20 years of primary CGL policies were barred by the "sudden and accidental" and absolute pollution exclusions, which was affirmed by the Fourth Circuit Court of Appeals.

Michael won summary judgment that excess policies had no duty to defend or to pay or reimburse defense costs for tens of thousands of asbestos claims in the IMO Industries asbestos coverage action in New Jersey.

Michael won affirmance of trigger of coverage and allocation rulings that environmental cleanup costs at two landfill sites did not reach the attachment points of umbrella policies of an insurer client in the Wolverine World Wide action in Michigan.

Michael served as counsel for an insurer client in a successful jury trial and a subsequent appeal in the ACC Chemical environmental insurance coverage action in Iowa, which sought over $100 million of insurance coverage, resulting in a no-pay judgment.

Michael wrote the chapter on “Environmental and Toxic Tort Coverage Issues” for New Appleman Law of Liability Insurance. He also wrote a chapter on As Damages for The Reference Handbook on the Commercial General Liability Policy, published in the 2010 and 2014 editions (and a soon-to-be-published 2022 edition) by the ABA’s Tort Trial and Insurance Practice Section.

A frequent speaker on insurance coverage issues, he has spoken at seminars for the American Bar Association, the Defense Research Institute, Practising Law Institute, Mealey’s, the New Jersey Institute for Continuing Legal Education and the New York Law Journal, as well as for national and international insurance and reinsurance companies. Michael spoke on Horizontal v. Vertical Exhaustion: Trends and Takeaways at the ABA TIPS Section: Insurance Coverage Litigation Committee's annual coverage seminar in February 2022; on insurer intervention in underlying liability actions at at DRI’s Insurance Coverage and Claims Institute in March 2018; and he mode