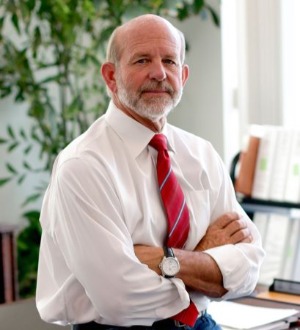 Recognized by Best Lawyers® since 2020.
8051 Shaffer Pkwy Littleton, Colorado 80127
(303) 993-6835
|
Firm: Hearn & Fleener, LLC
|  Website
Edit Profile
Edit Your Profile
To edit your Lawyer Directory information, please login to your
Best Lawyers® Admin Account.
If you have any questions or need assistance, please contact us at info@bestlawyers.com or 803.648.0300.
Overview
Firm

Mike has practiced in the area of construction defect litigation since 1983 and he has practiced exclusively in this area for the past 30 years. In that time, he has represented over 300 homeowners associations and 600 individual homeowners in construction defect claims brought against developers, builders and subcontractors. He has also represented owners of commercial buildings, high rises, apartments, raw land and even self-storage facilities.

Mike has spoken at numerous seminars concerning construction defect litigation. Considered a leading authority on the topic, Mike has been asked on several occasions to speak to the insurance and homebuilding industries about construction defect issues.

A unique aspect of Mike's practice is that he also works in the field of construction as a developer. He owns a small development company in California that constructs commercial properties. Through these experiences, Mike is better able to advise clients after their case is completed about how to move forward and make repairs to their property.

In addition to Colorado, Mike has also operated a successful construction defect practice in California (www.michaelhearnlaw.com), where he has become an industry leader in the prosecution of damages resulting from negligent construction and soil movement. Mr. Hearn has represented numerous homeowners against various government agencies because of landslide activities in cities such as San Diego, San Clemente, Dana Point, Anaheim, Anaheim Hills, Yorba Linda and Pomona.

Mike has authored articles related to construction defect litigation for both national and local media and has been active in drafting new legislation regarding this issue in both California and Colorado.