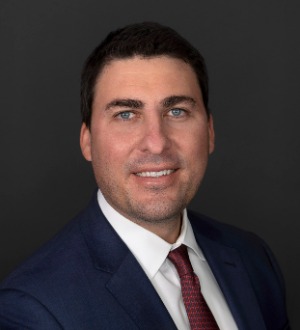 MATTHEW K. SCHWENCKE earned his law degree from Stetson University College of Law, where he was a member of Stetson's award-winning moot court board. While in law school, he served as intern to a federal magistrate judge and also prosecuted misdemeanor criminal offenses as a Certified Legal Intern for the Pinellas County State Attorney's office. As an undergraduate, Mr. Schwencke attended the University of Florida on a Bright Futures Scholarship; he graduated with honors.

Mr. Schwencke is recognized by The Florida Bar as a Florida Board Certified Civil Trial Lawyer. This distinction recognizes his special knowledge, skill and proficiency in civil trial law as well as his professionalism and ethics in his law practice.  As a member of ABOTA, an invitation-only national association of experienced trial lawyers and judges, he is dedicated to the preservation and promotion of the civil jury trial right provided by the Seventh Amendment to the U.S. Constitution. ABOTA membership consists of more than 7,600 lawyers—equally balanced between plaintiff and defense—and judges, spread among 96 chapters in all 50 states and the District of Columbia. Members must have at least five years of active experience as trial lawyers, have tried at least 10 civil jury trials to conclusion, and possess additional litigation experience. ABOTA members must also exhibit the virtues of civility, integrity and professionalism.

Mr. Schwencke's achievements as a trial lawyer have also been recognized by his peers. He has been selected as one of the Best Lawyers in America, a Rising Star by Florida Super Lawyers, Legal Elite by Florida Trend magazine, and as one of the top 40 trial lawyers under the age of 40 by The National Trial Lawyers.