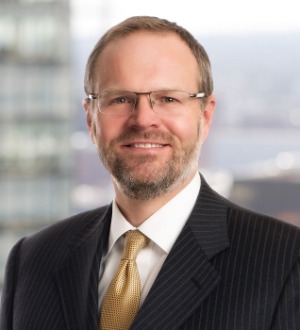 Matt’s practice has a particular emphasis on federal court litigation. He has tried numerous cases to verdict, including federal securities disputes, complex contract and business tort claims, and federal CERCLA and state law environmental matters. He has represented employers and defended executives in the country’s largest corporations, and has published material regarding the rights of corporate officers regarding advancement and indemnification of defense costs.

Matt’s practice also includes a strong and long-standing commitment to pro bono and public interest litigation. On the eve of the 2008 general election, Matt successfully pursued a federal voting rights case that challenged the systematic purging of voter lists and related disenfranchisement of thousands of Michigan voters. His work on the case was recognized by the American Lawyer magazine in a June 2009 feature entitled “Franchise Players,” and he was awarded Pepper Hamilton’s William R. Klaus Pro Bono Award “in recognition of [his] distinguished role in protecting the fundamental right to vote and [his] inspiration to Pepper Lawyers to be defenders of the constitutional rights of all.”