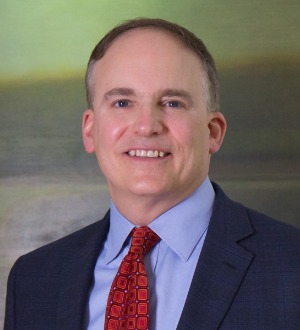 Matt Sloan is a partner in Skadden’s Los Angeles Litigation Group. His practice focuses on complex commercial litigation, SEC enforcement actions and white collar criminal defense matters. He has extensive trial experience and has handled a variety of civil and criminal actions.

Mr. Sloan played a lead role in Skadden’s successful defense of William J. Ruehle, the former CFO of Broadcom Corporation, against criminal and civil charges stemming from Broadcom’s $2.2 billion restatement for allegedly “backdating” employee stock options. Mr. Sloan drafted the motion that led to Mr. Ruehle’s acquittal on all charges and the ultimate dismissal of the SEC’s civil enforcement action against Mr. Ruehle and three other defendants.

Mr. Sloan also has played a major role in several other significant matters during his career, including:

During his tenure in the Department of Justice, Mr. Sloan conducted numerous grand jury investigations and was the lead or co-lead counsel in more than 30 trials, including the successful prosecution of defendants for health care fraud, bank fraud, wire fraud, money laundering, and various narcotics and firearms offenses. Mr. Sloan also has briefed and successfully argued numerous appellate cases before the Ninth Circuit, the D.C. Circuit and the Court of Appeals for the District of Columbia.

In recognition of his accomplishments as a federal prosecutor, Mr. Sloan won awards from the Federal Bureau of Investigation, the U.S. Postal Inspection Service, the Defense Criminal Investigative Service, the California Department of Justice and the U.S. Department of Justice. He also has spoken on panels sponsored by the Los Angeles County Bar Association and the American Bar Association’s National Institute on White Collar Crime. Mr. Sloan repeatedly has been selected for inclusion in The Best Lawyers in America.