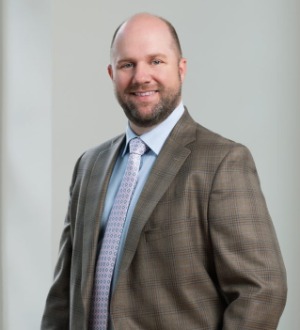 Partner Matthew Cox heads the Columbia, South Carolina office of Smith Currie. He is Martindale-Hubbell AV rated among his peers, as well as the judiciary and has been practicing since 1999. Matthew focuses his practice in the areas of Construction Law, Commercial Law, and Government Contracts, with his emphasis in litigation and compliance. He represents a variety of private clientele in the construction industry from design professionals, to owners and developers, to general contractors and subcontractors. He also represents business clients from formation to advice or litigation such as software development companies, restaurant owners, chemical companies, energy companies, and the telecommunications industry. Matthew also has experience working for insurance companies, including sureties. In 2018, he was recognized as a Lawyer of Distinction and has been recognized as a South Carolina Super Lawyer in 2019 and 2020.

Matthew has tried numerous cases in the State and Federal Courts of North Carolina and South Carolina, including Bankruptcy Court and Administrative Law Divisions. He has also handled matters by permission of the Federal Court in Texas, Georgia, and New York. He has twice argued before the United States Court of Appeals for the 4th Circuit in Richmond, Virginia. Matthew is experienced in arbitration and has also served as a panelist arbitrator for $550 million dollar construction project with over $5 million in claims.

Matthew was raised in Roanoke, Virginia. He is married with three children. He received his B.S. in Statistics from Brigham Young University in 1996 and his J.D. from the University of South Carolina in 1999. He speaks proficient Dutch.