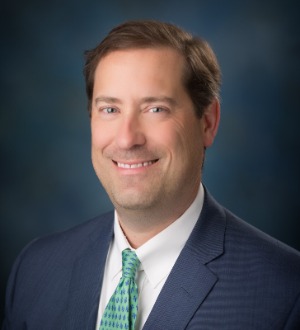 Years In Practice
Phone Number (985) 892-1313
Mark was born in Metairie, Louisiana, the oldest of four children. He graduated from Jesuit High School in New Orleans and went on to earn a Bachelor of Arts degree in History from Franciscan University in Steubenville, Ohio. Mark participated in the rigorous Honors great books program at Franciscan where he received a special commendation. Additionally, he served as Vice President of the student body. Mark moved back down to New Orleans to attend Loyola University School of Law, earning a Juris Doctorate in May, 2000 and was as a member of Phi Delta Phi. Mark began as an associate in an estate planning law firm, but quickly realized his calling was in the courtroom. He soon joined the Jefferson Parish District Attorney’s Office as a prosecutor, starting in Juvenile Court. He supervised a division and successfully prosecuted child support matters, trying hundreds of cases. Mark subsequently moved on to prosecuting many other cases at the Parish and District Court levels. Since leaving the District Attorney’s Office in 2004, Mark focuses his practice primarily in the areas of family law. He continues to successfully represent many clients in a variety of areas throughout the Greater New Orleans area. He and Frank P. Tranchina formed Tranchina and Mansfield LLC in April, 2009.He is a highly sought out and popular speaker in the area of family law to other lawyers at Continuing Legal Education seminars throughout the New Orleans area. He obtained the highest possible AV rating in the peer-reviewed Martindale-Hubbell legal directory in 2010.He is married to the former Elizabeth Kelley, a native of Covington, Louisiana. They reside in Mandeville, Louisiana. Mark has four children, Molly, Caroline, and Will and Cecile. He is a parishioner of Our Lady of the Lake Catholic Church. He holds an AV Preeminent rating for legal ability and ethical standards in the Martindale-Hubbell directory, a national peer-reviewed legal register and was one of the youngest attorneys to become Board Certified in Family Law by the Louisiana Board of Legal Specialization. He is also currently serving as President of the Greater Covington Bar Association in 2013.Additionally, he was named a “Rising Star” by Super Lawyers Magazine in the field of Family Law. This honor is only extended 2.5% of practicing attorneys in the state. In 2014, he was named a Super Lawyer in the field of Family Law, an honor extended to only 5% of lawyers. The firm was honored as one of the Best Law Firms in America also. Most recently, Mark was appointed as a committee member for the Louisiana Office of Disciplinary Counsel. Mark is a qualified mediator and has successfully mediated various issues in family law over the years. Mr. Mansfield has also recently received the prestigious distinction of “Top 50” 2019 New Orleans Super Lawyers list.
What legal services does this lawyer offer?
Family Law
Family Law Arbitration
Family Law Mediation
Awards
Languages
English
Education
Loyola University New Orleans, Juris Doctorate
Graduated 2000
Franciscan University of Steubenville, B.A. History
Graduated 1997
Contact Details and Office Locations
Other: (985) 892-1313
MMansfield@tmlawfirm.net
321 East Kirkland Street
Covington, Louisiana 70433
Covington, Louisiana 70433
See Location