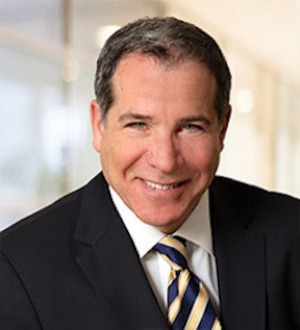 It’s not magic that makes Mark LeWinter so successful representing victims of unsafe product and workplace accidents over the past 30 years, as well as being selected as a Super Lawyer for the past ten years. It’s his deep desire and ability to help clients who are injured. In fact, he’s been behind many seven-figure verdicts and settlements against manufacturers of unsafe products where safe design principles were not followed, and where workplace accidents occurred. For instance, Mr. LeWinter is responsible for securing a $14 million verdict for a worker who was catastrophically injured on the job when required safety practices were not followed, and an $8.5 million settlement for a laborer who was paralyzed due to unsafe scaffolding. He is also credited with a $19 million settlement for a 27-year-old ironworker who became quadriplegic due to a fall.

But magic has its place for Mr. LeWinter. An accomplished magician, he has volunteered at St. Christopher’s Hospital and other hospitals for the past 20 years. He’s written numerous articles and lectured on courtroom magic where he instructs litigators on how they can integrate magic theory to the courtroom.

Mr. LeWinter has lectured at more than 100 seminars on product liability issues as well as the use of demonstrative evidence and technology in the courtroom, including for the Pennsylvania Bar Institute, Philadelphia Trial Lawyers Association, the Pennsylvania Association for Justice and the America Association of Justice. He currently serves as President of the Pennsylvania East Chapter of the American Board of Trial Advocates. Mr. LeWinter was recently selected by his peers for inclusion in Best Lawyers of America, has been named one of the top 100 lawyers in Philadelphia for the past four years, and has received the highest rating in skill and ethics from Martindale-Hubble