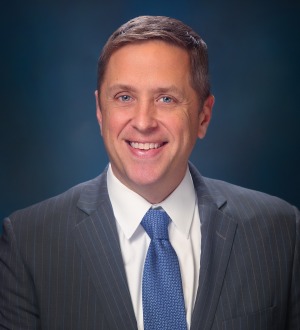 Mark joined Commonwealth Law Group as a partner on January 1, 2018. His practice areas include personal injury, premises and product liability, professional malpractice, and civil rights including jail, police, and government official misconduct. As an experienced personal injury and civil rights attorney, Mark has tried dozens of jury trials throughout Virginia and the District of Columbia, and recovered several millions of dollars for his clients, earning him lifetime membership in both the Million Dollar Advocates Forum and the Multi-Million Dollar Advocates Forum, whose membership represents less than 1% of all attorneys in the United States.

Mark has distinguished himself in fighting for the rights of injured plaintiffs of all manner with dedication and respect?especially those who have suffered traumatic brain injury or other catastrophic injuries. For his efforts, Mark has been recognized by Best Lawyers in America and Virginia Super Lawyers for his work in personal injury, among many other honors. Mark comes to CLG with extensive experience at Richmond firms including Cantor Stoneburner Ford Grana & Buckner, Morris & Morris, and Bucci & Dix, PLLC?a firm he co-founded. Before entering private practice, he defended District of Columbia city and government officials as one of the District’s first Honors Program litigators while serving as an Assistant Attorney General. In this capacity, he defended the Mayor, Chief of Police and various other city and government officials in personal injury, civil rights, habeas corpus, tort, and employment disputes.

By previously defending Fortune 500 companies and government officials in personal injury and civil rights matters, Mark gained unique perspective and insight. He now leverages that perspective in his role as a plaintiff’s attorney to more fully understand and anticipate the reasoning behind defense litigation strategies. This enables him to represent our clients with a 360°-view and develop cases with a sharp eye toward maximizing clients’ results.“I’ve always been intrigued by the rule of law and the standards of conduct that govern human affairs,” Mark explained. “When a person has been wronged by a large corporation, I want to level the playing field—to be the equalizing factor that helps our client find justice,” he explained. “The lawyer-client relationship requires a great deal of trust. I take the responsibility inherent in that level of trust very seriously as I guide clients toward the best possible outcome for their case. I find it fulfilling to help people navigate what is often one of the most difficult times in their lives.”With his diverse knowledge and perspective, Mark is frequently consulted or retained by other law firms to assist in civil rights and personal injury cases.

He frequently lectures on various areas of the law and has appeared as a legal analyst on television.Mark earned his Bachelor’s degree in Business Administration from the College of William & Mary, then attended the George Mason University School of Law, graduating cum laude. While there, he served as Managing Editor of the George Mason Law Review and was a summer associate and third-year law clerk at Stein, Mitchell, & Mezines, a Washington, D.C. boutique firm. Upon graduation, he served as a law clerk to the Hon. John H. Bayly, Jr. of the Superior Court for the District of Columbia. His court admissions include Virginia, the District of Columbia, the U.S. Supreme Court, the U.S. Court of Appeals for the Fourth Circuit, and several U.S. District Courts.Mark is a native of Vienna, Virginia. In his spare time, he serves as a volunteer firefighter and emergency medical technician for Chesterfield County. In addition, he enjoys reading, following current events, and watching sports—especially Green Bay Packers football.