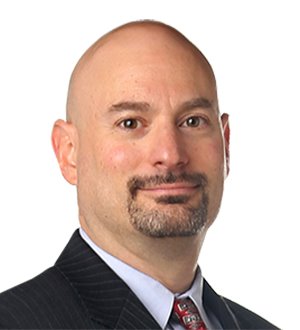 Recognized by Best Lawyers® since 2018.
300 Connell Drive, Suite 4100 Berkeley Heights, New Jersey 07922
(973) 646-7300
|
Firm: FordHarrison
|  Website
Edit Profile
Edit Your Profile
To edit your Lawyer Directory information, please login to your
Best Lawyers® Admin Account.
If you have any questions or need assistance, please contact us at info@bestlawyers.com or 803.648.0300.
Overview
Firm

He has successfully litigated these types of cases in more than 20 states and tried them conclusion in state and federal courts. Mark also negotiates all types of employment and separation agreements for companies as well as senior executives. Mark has been recognized by New Jersey Super Lawyers and named a New York Area Top Rated Lawyer by ALM Media. He has also been honored for his pro bono efforts in the community.

A frequent lecturer, Mark has presented at the New Jersey Institute of Continuing Legal Education, the New Jersey Defense Association, the Council on Education in Management, the Employers Association of New Jersey, and other organizations. A noted author, he has published more than three dozen articles on employment law and litigation, is a contributing author of Vol. 18, New Jersey Practice – Employment Law, 2d Ed. (Goldstein, et al., eds., West Group, 2005), and is quoted often in the media.Mark has appeared several times before the Supreme Court of New Jersey on behalf of the Employers Association of New Jersey as amicus curiae, has successfully argued matters on appeal, has litigated matters to conclusion in state and federal court and before the U.S. Equal Opportunity Commission and state civil rights enforcement agencies, and has more than 55 reported decisions in employment and commercial law to his credit. He has been certified by the Office of Dispute Resolution as a mediator in accordance with New Jersey Court Rule 1:40-4 and conducts mediations on referral.