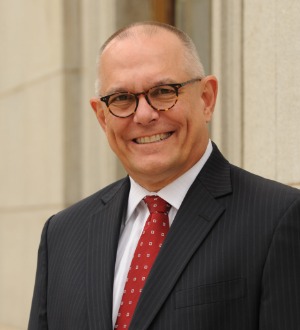 Mark Craige is a director in the firm’s Tulsa office. Mark concentrates his practice on bankruptcy, insolvency and creditor’s rights. Mark has been engaged in private practice since 1982 and has focused almost exclusively on bankruptcy, insolvency, commercial foreclosures and receiverships, and commercial litigation since 1986. He became national board certified in business bankruptcy law by the American Board of Certification in 1992.

Over the course of his career, Mark has become a well-respected insolvency, receiverships and reorganization attorney. He has particular experience handling cases that involve all of the typical parties in Chapter 11 bankruptcies including creditors, committees, trustees and debtors in possession, as well as business Chapter 7 cases and bankruptcy litigation. In addition, he has developed a very successful receivership practice as an alternative means of liquidating an operating business to maximize and monetize the going concern value.

He is a fellow of the American College of Bankruptcy, class of 2000, is AV Preeminent rated by Martindale.com and has been named to Best Lawyers since 2009, Oklahoma Super Lawyers since 2006 and was recently named Best Lawyers 2020 Lawyer of the Year for Bankruptcy and Creditor Debtor Rights/Insolvency and Reorganization in Tulsa.* Mark has also been recognized by the American Bankruptcy Institute, the Oklahoma Bar Association and the Tulsa County Bar Association, all of which he is a member. He received his Juris Doctor from the University of Tulsa College of Law.

*Crowe & Dunlevy has no input in the rating methodologies used by Best Lawyers, Martindale.com and Super Lawyers publications.