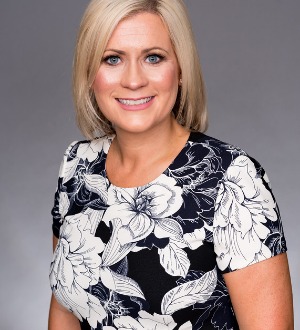 Margaret Battersby Black is an award-winning attorney who has played a key role in a number of nursing home and medical malpractice cases at Levin & Perconti. Her commitment to her practice has achieved noteworthy results for clients in all types of personal injury, nursing home and malpractice matters.

Margaret is also committed to the advancement of women in the legal profession and serves as a mentor to law students and younger lawyers. In 2015 Margaret was honored by Chicago-Kent Law School as Outstanding Young Alumna of the year. This award recognizes alumni who have made significant contributions to the law school and the legal community.

Margaret grew up in Beverly Hills, Michigan, a suburb of Detroit, in a large Irish Catholic family full of lawyers and judges. She watched her father, a Plaintiff’s lawyer, spend his career helping the underdogs and the good guys, and this made a lasting impression. From a young age, Margaret embraced leadership roles in school, sports, and within her own family as the oldest child. Later, her ambition and vision helped earn her an undergraduate degree from the Stephen M. Ross School of Business at the University of Michigan, build a successful career as a financial analyst at JP Morgan Chase in Chicago, and go on to earn her law degree from Chicago-Kent Law School. Family has remained central to her life, and she lives in Chicago with her husband, Jeff, and children, Evelyn and William.

Margaret joined Levin & Perconti as a law clerk in 2006, was promoted to associate attorney in 2008 and was named Partner in 2014.

A representative sample of my successful verdicts:

Margaret is well known for her work on behalf of individuals and families in lawsuits involving nursing home abuse and negligence. She has secured many notable high six and seven-figure settlements in cases involving falls, pressure sores and medication errors.

Margaret is well regarded by her clients and peers alike, and was honored by the Law Bulletin Publishing Company as one of the 2011 "40 Illinois Attorneys Under Forty to Watch." This award is given to 40 outstanding attorneys throughout the state for their achievements on behalf of their clients, their communities and the legal profession.