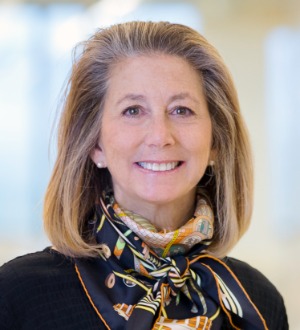 Recognized as a leading appellate lawyer in Colorado and the Tenth Circuit, she regularly represents clients throughout the United States, including in the United States Supreme Court, the federal courts of appeals, and a number of state appellate courts. Her practice covers a broad variety of substantive areas, including constitutional law, natural resources law, employment law, commercial litigation, environmental law, and intellectual property.

Drawing on years of service to the courts, the bar, and her clients on issues related to the practice of law, Marcy also advises individuals, law firms, and other entities on issues of legal ethics, attorney discipline and licensure, and legal malpractice. She has chaired the Colorado Supreme Court's Standing Committee on the Colorado Rules of Professional Conduct since its creation in 2003. She is a former chair and current member of the Colorado Bar Association Ethics Committee, and a former chair of the Committee on Attorney Conduct of the United States District Court for the District of Colorado. From 1993 through 2001, she chaired Holland & Hart's Ethics and Conflicts Committee, on which she continues to serve.

Marcy is dedicated to providing pro bono legal service.  Over the course of her career, she has worked on, among other broad-impact appeals, a successful legal challenge to conditions at Colorado’s old maximum security prison, a constitutional challenge to Colorado’s public school funding laws, a case providing Colorado adoptees with greater access to their adoption records, and a challenge to the constitutionality of Colorado’s criminal libel statute.  Marcy has also represented individuals in need in dissolution, adoption, First Amendment, and prisoner rights matters, and she has participated since its inception in the Lawyers in the Classroom program, which teaches constitutional law principles to fourth-grade students in the Denver Public Schools.

Marcy is the former leader of Holland & Hart's Appellate Practice Group and the former chair of the firm's Partnership Admission Committee.

She speaks and writes regularly on the subjects of appellate litigation and legal ethics.

Before joining Holland & Hart in 1983, Marcy clerked for United States District Court Judge Richard P. Matsch. In 2017, Marcy was one of three nominees for a vacant seat on the Colorado Supreme Court.