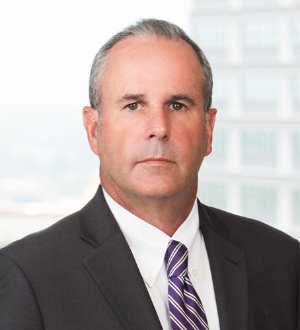 Marc Murphy has been a courtroom attorney for his entire career, prosecuting and defending in the most challenging, high-profile and complex commercial and white collar criminal cases in Kentucky and Indiana.

As Chair of Stites' White Collar Practice Group and a Member of the firm's Class Action Practice Group, Mr. Murphy's practice consists of representing individuals and corporations in complex commercial litigation and white collar criminal matters, such as antitrust, environmental crimes, healthcare fraud and tax fraud. He defends individuals in high profile general criminal matters and accepts appointments by the courts for indigent representation as a public service. He has substantial experience in federal and administrative litigation and in federal and state grand jury investigations.

Mr. Murphy's success as a trial attorney has been widely-reported. He has tried two murder prosecutions to complete acquittals. He accepts capital crime appointments from the Jefferson County Public Defender. He is a frequent lecturer on crime and justice issues, and is a regular source and analyst for television and print publications.

In 1995, Marc was appointed by the Governor of Kentucky as Jefferson County/Louisville's Commonwealth's Attorney, the chief prosecutor and law enforcement officer of the largest city in the state. His service in Latin America and in Europe as a Judge Advocate General trial counsel and Assistant Staff Judge Advocate earned him Meritorious Service Medals. During that time, in addition to trial prosecution, he conducted murder investigations in El Salvador, Panama and Germany. After his Judge Advocate General service, Mr. Murphy was a felony prosecutor in Indiana, and, while in private practice there, served as a Judge Pro-Tem. He has taught criminal law, trial practice and business litigation for Florida State University and the University of Louisville.

Outside the firm, Mr. Murphy is active in numerous community groups. His involvement includes Metro Louisville Legal Aid Campaign, the Kentucky Juvenile Justice Commission, the Metro Louisville Library Task Force, the Louisville Neighborhood Institute and Community Design Center and the Kentucky Youth Association. He is the head basketball coach for Nativity Academy, an inner-city school serving at-risk youth. Marc is an accomplished illustrator and his editorial cartoons are a regular feature of the Louisville Courier-Journal.