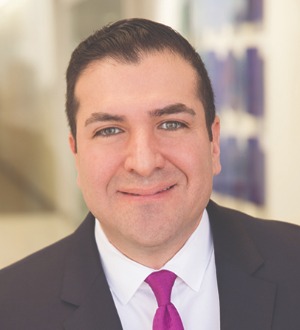 Recognized by Best Lawyers® since 2020.
5473 Blair Road Dallas, Texas 75231
(214) 890-0711
|
Firm: Fears Nachawati
|  Website
Edit Profile
Edit Your Profile
To edit your Lawyer Directory information, please login to your
Best Lawyers® Admin Account.
If you have any questions or need assistance, please contact us at info@bestlawyers.com or 803.648.0300.
Overview
Firm

Majed Nachawati always had a very clear idea of the kind of law he wanted to practice. He wanted to help victims of personal injuries and wrongful death, but he also wanted to help those who had been hurt because of defective drugs and medical devices and environmental contamination and to help plaintiffs with antitrust matters and class actions.

Mr. Nachawati considers the law to be a calling and not just a career. His wish is to exemplify that by adhering to the highest ethical standards. While he’s garnered a reputation as an aggressive attorney who’s willing to fight for his clients, anyone you ask will attest to his honesty and fairness. Mr. Nachawati is a member of the State Bar of Texas Professionalism Committee. He also serves on the Legal Ethics Committee of the Dallas Bar Association, the Public Justice Board of Directors, the Texas Trial Lawyers Association Board of Directors, and is a Leader’s Forum member of the American Association for Justice. Mr. Nachawati is also a prolific speaker and writer and often presents and authors papers on topics relating to ethics and the law.

Following a clerkship for the 13th Court of Appeals of Texas, Mr. Nachawati joined partner Bryan Fears to co-found their law firm, Fears Nachawati, which the two run to this day. Over the years, the firm has come to be known for its ability to take on tough, complex cases and consistently achieve favorable results for its clients.

Mr. Nachawati received his Bachelor of Arts from Southern Methodist University before attending the University of Houston Law Center. He is licensed to practice in Texas and Arkansas; the United States District courts for the Northern, Southern and Eastern districts of Texas; and the United States Court of Appeals for the Fifth Circuit.