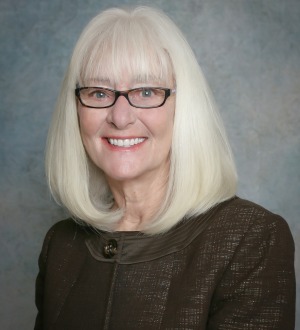 Divorce & Family law dominates Ms. Kristine Savage’s practice, including divorce, property settlement agreements, premarital agreements, paternity actions, and maintenance, with a focus on child custody matters, parenting time, and child support. She has mediation training with an emphasis on domestic mediation and conciliation, and she is certified by the Kansas Supreme Court to perform mediation in domestic cases. She joined the firm in 1999.

She has been admitted to practice before the Kansas Supreme Court, all other Kansas courts, and the United States District Court for the District of Kansas since 1991.

Ms. Savage graduated from Wichita State University in 1988, then continued to Washburn University School of Law where she was Executive Editor for the Washburn Law Journal. She clerked for Shawnee County District Court Judge William Carpenter during law school.

After graduating from law school, Ms. Savage was an Assistant Appellate Defender from 1991-1994, regularly appearing before the Kansas Supreme Court and Kansas Court of Appeals. In May 1994, she joined the Public Defender's Trial Office, representing all manner of felony cases. By 1997, she was Senior Trial Attorney for the Northeast Kansas Conflict Office, providing felony representation in Shawnee County and off-grid representation in surrounding counties.

Over the years, she has been an Adjunct Professor at Washburn University School of Law and also served as a pro tem judge in the District Court of Shawnee County.

Ms. Savage attended the National Criminal Defense College at Mercer Law School in Macon, Ga., and has been a guest speaker at the National Child Abuse Defense Conference in Reno, Nev.