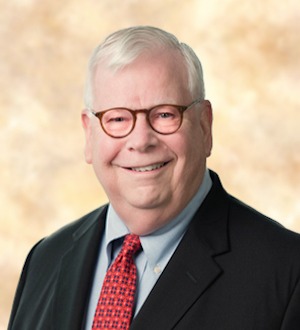 John's early practice emphasized litigation, antitrust and regulated industries matters. Since 1980 he has worked primarily on public utility matters. His current practice is focused on telecommunications and electric utility issues.

John also represents clients who are organizing partnerships, limited liability companies (LLCs), and corporations. Most of these clients are within the communications industry – including wireline and wireless communications providers, fiber optics suppliers, Internet service providers and other communication-related businesses. For them, John drafts management and operations agreements and plays an important role in assisting ongoing operations.

John Bowen was born in Williamsburg, Virginia. Following graduation from law school in 1968, John served as Staff Attorney and then as an Assistant Attorney General for South Carolina. In 1970, he was named Chief of the Antitrust and Consumer Protection Division of the South Carolina Attorney General’s office. From 1972 until 1976, John served as general counsel to the South Carolina Public Service Commission. During that time he assisted in the organization of Committee on Law in the National Association of Regulatory Utility Commissioners (NARUC) and became its first chairman. John joined the firm in 1976 and was subsequently made a partner. He managed the Administrative/Regulatory and Governmental/Legislative Affairs sections of the firm for a number of years. From 1976 to 1978, John served as special counsel to a committee of the South Carolina Legislature and to the Governor of South Carolina with regard to utilities and energy.