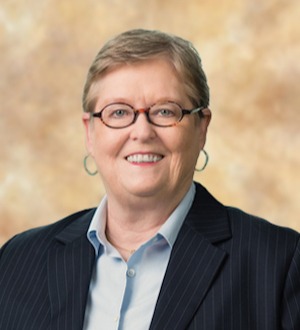 M. Elizabeth (Liz) Crum practices extensively in the areas of health care and government procurement. She has significant experience in the South Carolina Administrative Law Court, federal and state regulatory areas of health care, including: Certificate of Need, health care facility and professional licensure and certification, Stark and Anti-kickback and HIPAA matters.

Prior to joining the firm, Liz served as an Assistant Attorney General for South Carolina in the Special Litigation Section and as Staff Counsel and Director of Research for the South Carolina House of Representatives Judiciary Committee, also representing the House in its litigation matters.

Liz has previously served as: chairman of the Richland County Election and Voter Registration Board; President of the South Carolina Woman Lawyer’s Association (SCWLA); chairman of the Governor’s Juvenile Justice Advisory Committee; a member of the State Board of Architectural Examiners. Liz received the Athena Award from the Greater Columbia Chamber of Commerce in 1992, which recognized her efforts to encourage and celebrate the achievements of women in business and the professions. In 2013, SCWLA presented Liz with the Jean Galloway Bissell Award given to a person for his/her distinguished and noteworthy service to the public and the legal profession; achievement of professional excellence; and participation in activities that have paved the way to success for women lawyers on the national, state or local level.