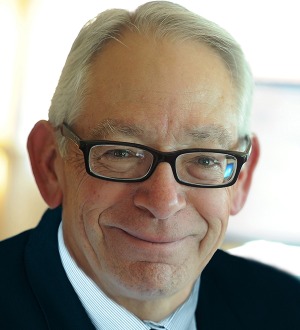 Lynn Slade’s experience in energy markets includes both renewable energy, including solar, hydroelectric, biomass, and wind energy projects, and fossil fuel or conventional energy resources, including oil and gas exploration and production, royalty accounting, and taxation, and negotiation and drafting of leases, joint venture agreements, and pipeline or transmission rights-of-way agreements. On the litigation side, he has been involved in federal, state, and tribal trial and appellate courts in numerous states, and provides counsel in complex mediations and arbitrations. Lynn’s clients include Enel Green Power, Enterprise Product Partners, Kinder Morgan, Continental Resources, Sempra Energy, and have included the State of Oklahoma, including its Tax Commission and Department of Environmental Quality.

Chambers USA has recognized Lynn with a top Band 1 rating nationally in Native American Law and named him a Star Individual in New Mexico. In the 2017 publication, Chambers reports, “One source describes Lynn Slade as ‘the godfather of New Mexico Indian law.’ One interviewee stated, ‘he has as good a grasp of the interface between tribal, state and federal law as anyone I know.'” His practice encompasses environmental law, energy work and project development. Since 1989, he has been listed by Best Lawyers in America®, and named Lawyer of the Year – Albuquerque in multiple areas and years: Oil and Gas Law, 2014 and 2019; Native American Law, 2012; Natural Resources Law, 2012; Energy Law, 2011. Lynn has been listed as a “Top 25 New Mexico Super Lawyer” nine times by Southwest Super Lawyers®, and Benchmark Litigation recognizes him as a Litigation Star.

Lynn serves as Co-Chair of the firm’s Native American/Federal Indian Law Practice and is a member of the Natural Resources and Environment; Oil, Gas & Midstream; and Renewable Energy Practice Groups.