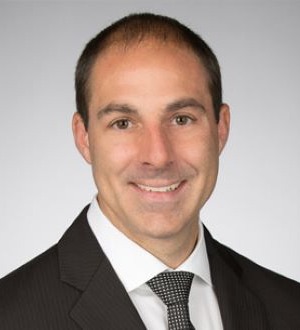 Since 1997, Lyle has represented businesses and individuals in complex business disputes. Lyle’s vast trial experience in federal and state courts includes representing clients in the fields of real estate, banking, insurance, manufacturing and technology.  Lyle has also represented clients in arbitration proceedings, and in appeals in both state and federal courts.  Prior to establishing Herskowitz Shapiro, Lyle was a partner at a nationally recognized Miami law firm.

Represented Borden Dairy in a jury trial in Miami-Dade Circuit Court involving claims for breach of contract and breach of fiduciary duty.

Represented Bally Total Fitness Company in a landlord/tenant dispute involving alleged common area expenses due under a commercial lease. Verdict was entered in client’s favor after trial. The verdict was affirmed by the state appellate court.

Obtained a dismissal of a federal court lawsuit filed against an international insurance broker client. The plaintiff sought in excess of $4.5 million in damages. The District Court’s ruling was affirmed by the U.S. 11th Circuit Court of Appeals.

Defended client in class action filed in the United States District Court of the Southern District of Florida predicated on alleged violations of the Sherman Act.

Represented Bank of America and Merrill Lynch in federal and state court litigation involving claims of breach of non-solicitation agreements and theft of trade secrets.

Represented members/owners of a hotel in dispute involving claims of breach of fiduciary duty and fraud.  Judgment entered in clients' favor after non-jury trial trial.

Defended a former employee of Charles Schwab at an evidentiary hearing in federal court against a claim for misappropriation of trade secrets and breach of a non-solicitation agreement.

Representation of Simon Property Group, the largest retail shopping mall owner in the United States, in connection with landlord/tenant disputes.

Defended large REIT against claims of misappropriation of trade secrets, and unfair and deceptive trade practices. Plaintiff sought millions of dollars in damages in the United States District Court for the Middle District of Florida. Summary Judgment granted in client's favor.

Obtained judgment for eviction for client/landlord, after a contested evidentiary hearing, against a tenant in a Class A office building in Miami Beach, Represented child care center in a Florida Department of Health administrative hearing.

Defended former employees of Mercer in evidentiary preliminary injunction hearing in the United States District Court for the Southern District of New York.

Defended a telemarketing company at trial in an action brought by the Federal Trade Commission.

Represented clients against claims for breach of non-solicitation agreements brought by U.S.I. Insurance Services, LLC. Represented Ritz-Carlton Yacht Collection in connection with its lease negotiation for its Miami headquarters.

Lyle graduated cum laude from the University of Miami School of Law in 1997. He graduated with honors from the University of Florida in 1994 with a Bachelor of Science in Finance. Lyle serves on the Ad Hoc Committee for the Eleventh Judicial Circuit's Business Litigation Division, which committee established the framework and procedures for such Division in 2006. He served on the Miami-Dade County Bar Association's Board of Directors in 2002-2003. He previously served as Chairman of the Banking and Corporate Litigation Committee and Mediation Committee, and was Chairman of the Federal Courts Committee from 2005-2007. Civic Activities Since 2007, Lyle has led a fundraising effort to help and save the Miami-Dade County Law Library. In May 2016, the Honorable Bertila Soto, Chief Judge, Eleventh Judicial Circuit of Florida, appointed Lyle to serve as a member of the Miami-Dade County Law Library Board of Trustees.