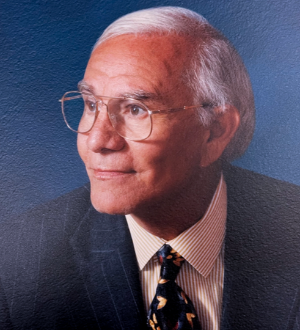 Louis Buddy Yosha, widely known as "Buddy" Yosha, is a civil, personal injury, and corporate litigation trial attorney with a stellar nationwide reputation among his peers for his courtroom success, prevailing against corporate giants in insurance and other industries.  Buddy's cases have generated national coverage in well-known national publications including The Wall Street Journal, The New work Times, The Washington Post, Cosmopolitan, Fortune magazine, Forbes and numerous others, including legal journals.  Since 1963, Buddy has focused his practice in helping those seeking civil justice for physical and financial injury, representing people from all walks of life.

Perhaps his proudest achievement is from peer recognition; he is the only Indiana trial lawyer listed in every edition of "The Best Lawyers in America", that included only 4 other Indiana plaintiffs lawyers, since its inception in 1983. It was authored by two Harvard Law Professors and published by Woodward White Publishing Company.  The publication is widely recognized as the gold standard for recognition and achievement in America.

He has served as a faculty member on several occasions at the prestigious three-day Mock Trial Institute at Ann Arbor, Michigan which is attended by over 1,500 trial lawyers from across and country, as well as Canada and England.

Among many other accomplishments, Buddy is a past president of the Indiana Trial Lawyers' Association (ITLA) and has spoken in front of hundreds of trial lawyers.  He has chaired and lectured in over fifty seminars as a speaker and moderator and has authored/co-authored dozens of national articles, books and chapters for text books focusing on litigation; in both corporate and personal injury damage cases.

Buddy continues to be active in his law practice in Yosha, Cook & Tisch and is supported by an excellent legal team that he has mentored through the years.  Buddy still works hard on his cases to ensure his clients receive the compensation they deserve.

Past law firm members include Jon Krahulik, former member of the Indiana Supreme Court, and Jeff Modisett, former Attorney General of the State of Indiana.