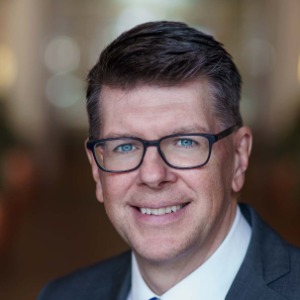 Louis Annecchino is a lifelong resident of Connecticut. He received his undergraduate degree in economics from Bucknell University in 1990 and thereafter obtained his law degree from New England School of Law in 1993. Mr. Annecchino became a partner of Kennedy, Johnson, Schwab & Roberge, L.L.C., in 2015. Mr. Annecchino's current practice is focused upon representing clients and families in wrongful death claims and cases involving serious injuries.

Mr. Annecchino began his career as a litigator in Manhattan, where he served as defense counsel in a wide variety of matters including product liability claims, aviation accidents, trade secret misappropriation and labor/employment disputes. After returning to Connecticut, he served as trial counsel on behalf of companies and individuals in both Connecticut state and federal courts. These cases involved construction accidents, professional liability, motor vehicle accidents, premises liability and complex personal injury claims. He has authored and argued several appeals before the Connecticut Appellate and Supreme courts. Mr. Annecchino has also been selected by counsel as an arbitrator/mediator to resolve disputes through alternative dispute resolution.