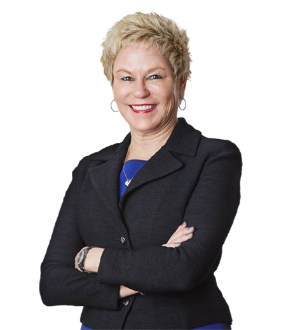 Lori has tried 55 cases, all to defense verdicts. During the past five years, she obtained defense verdicts as a result of a three-month, alleged $78 million trial against the world's leading manufacturer of pacemakers; a four-week, alleged $20 million trial involving an implantable neurostimulation device; a four-week, alleged $18 million trial involving three consolidated cases against the manufacturer of a continuous local anesthesia infusion drug pump; a three-week, medical malpractice trial in which she represented OB/GYN clients; and a three-week medical malpractice trial for a hospital involving allegations of an overdose on a patient controlled analgesia (PCA) pump.

Lori has been profiled in Law360’s 2012 "Top Female Trial Attorneys," the Financial Times and The National Law Journal’s "Winning - Successful Strategies From Some of the Nation’s Top Litigators," a special report recognizing ten attorneys from across the U.S. She has been recognized by The National Law Journal as one of "The 50 Most Influential Women Lawyers in America." The National Law Journal has recognized two of her defense trial victories as "Top Defense Wins" in recent years, and she has been featured in The National Law Journal’s "Top 40 Under 40," which highlights the 40 most successful litigators under the age of 40 in the country. She is listed in The Best Lawyers in America, The Legal 500 United States, The Legal 500 "Leading Trial Lawyers," Chambers and Partners USA Guide, Outstanding Lawyers in America, The International Who's Who of Business Lawyers, The International Who's Who of Life Science Lawyers, The International Who's Who of Products Liability Defense Lawyers, Georgia Trend's "Legal Elite" and Georgia Super Lawyers, including "Top 10 Georgia Super Lawyers" (2013), "Top 100 Georgia Super Lawyers" (2005-2013) and "Top 50 Female Georgia Super Lawyers" (2005-2013), and she is shortlisted in Euromoney Media Group’s Americas Women in Business Awards as one of the "Best in Life Sciences." Lori was one of a very small group of attorneys selected nationally for inclusion in the 2010-2013 Chambers and Partners USA Guide National Pharmaceutical Industry Products Liability Table.

Lori is highlighted for having a reputation for "using creative approaches to explain to lay jurors complex evidence." In addition to her vast trial experience, she has significant Daubert and scientific expertise with a number of her victories captured in published opinions. She has worked extensively on and lectured nationally regarding the use of technology in courtroom presentations of complex medical, scientific and other catastrophic injury cases.