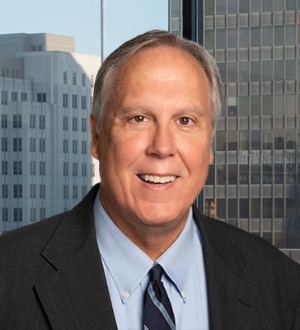 Years In Practice
Phone Number (225) 387-3221
Lloyd J. Lunceford serves as Of Counsel at Taylor Porter where he has been practicing law since 1984. Mr. Lunceford is engaged in a general civil practice with emphases in higher education, mass communications, commercial litigation, and church property laws. He also has expertise in the application of the Louisiana Public Records and Open Meetings Acts, which affect all municipal, parish, and state agencies. Mr. Lunceford is admitted to practice in all Louisiana state courts, in the federal district courts for the Middle and Eastern Districts of Louisiana, the United States Fifth Circuit Court of Appeals, and the Bar of the Supreme Court of the United States. Additionally, he has been admitted to the courts of several other states by special appointment.  Mr. Lunceford is a former member of the section of Individual Rights and Responsibilities: First Amendment Rights Committee of the American Bar Association. He has variously been a member of the Baton Rouge, Louisiana, American, and Federal Bar Associations, and a member of the Louisiana Association of Defense Counsel, the Christian Legal Society, the Inns of Court, and the National Association of College and University Attorneys. Mr. Lunceford has served as a guest lecturer at the Manship School of Mass Communication at Louisiana State University and at the LSU Law Center. He also has spoken at Continuing Legal Education seminars and at church property symposia throughout the United States. Mr. Lunceford is the co-author of "Libel and Privacy Law and Practice in Louisiana" (National Business Institute) and is the general editor of the 478 page legal treatise, A Guide to Church Property Law: Theological, Constitutional and Practical Considerations (2nd ed. 2010, Reformation Press). He also has authored articles on topics including professional ethics, church/state relations, and document confidentiality, which have appeared in the Louisiana Bar Journal, the Baton Rouge Bar Journal, and other publications. Mr. Lunceford is actively involved in the Baton Rouge community. He is a member of the Baton Rouge Area Foundation and Louisiana Bar Foundation. He has been a volunteer for the Istrouma Council of the Boy Scouts of America (Assistant Scoutmaster, Troop 7) and has served as an arbitrator for the Baton Rouge City Court small claims division. He is a member of First Presbyterian Church, where for thirty five years he has variously served as deacon, elder, teacher, district and national commissioner, and legal counsel. He was a charter member of the Board of Governors of the Baton Rouge Christian Counseling Center, and is a former State Secretary for the Louisiana Civil Service League and a former member of East Baton Rouge Parish GOP Executive Committee.
What legal services does this lawyer offer?
Education Law
Real Estate Law
Contact Details and Office Locations
Office: (225) 387-3221
450 Laurel Street, Suite 800, P.O. Box 2471
Baton Rouge, Louisiana 70821
Baton Rouge, Louisiana 70821
See Location