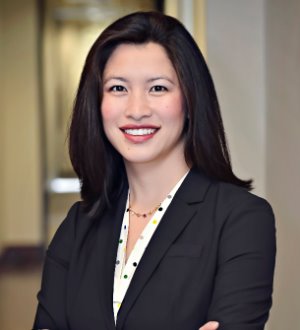 Following a lengthy jury trial and bench trial, Lisa obtained a Top 50 Verdict in the United States and won a $287.5MM judgment against global investment bank Credit Suisse. From 2016 to 2019, Lisa has been named to the LawDragon 500 Leading Lawyers in America, which recognizes the most elite lawyers in the profession.  From 2014 to 2019, Texas Monthly listed Lisa as a “Super Lawyer” in Business Litigation.  This year, Lisa has been named to The Best Lawyers in America for her work with private funds and hedge funds.

Lisa received her J.D. with honors from the University of Texas School of Law and was elected to the Order of the Coif upon graduation. Lisa served as a member of the Texas Law Review, during which time she published her student note. Following law school, Lisa served as a judicial law clerk in the United States District Court for the Southern District of Texas.

Lisa received her A.B. in Politics, with Highest Honors, from Princeton University. While at Princeton, Lisa received the Lyman H. Atwater Prize in Politics for writing the best senior thesis in the Department of Politics. A portion of her thesis was published in the Asian American Policy Review, a journal published by the John F. Kennedy School of Government at Harvard University.

Lisa is licensed to practice law in both Texas and California. She is admitted to the State Bar of Texas, the State Bar of California, the Northern, Southern, Eastern, and Western Districts of Texas, the Northern, Central, and Southern Districts of California, the Fifth Circuit Court of Appeals, and the Ninth Circuit Court of Appeals. Prior to founding the firm, Lisa was a partner at a prominent litigation boutique and an associate at Latham & Watkins in Los Angeles.

Lisa is active in a variety of professional and community organizations, including having served as Chair of the State Bar of Texas Asian Pacific Interest Section, Chair of the Austin Bar Association Bench Bar Committee, President of the Austin Asian American Bar Association, Vice Chair of the City of Austin Ethics Review Commission, and Board Secretary of the Texas Fair Defense Project. Lisa has been honored as a Pathfinder by the Travis County Women Lawyers’ Association and received the Judge Suzanne Covington Pro Bono Service Award for her legal work on behalf of domestic violence victims.