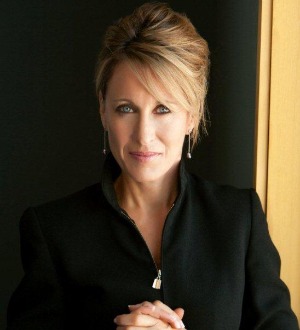 For 28 years, Lisa has prosecuted negligent and reckless corporations, people, insurance companies and the government in civil cases for New Mexico's working families, dedicating her career to helping and protecting victims killed or permanently harmed because of the wrongful conduct of others.

Lisa is primarily a malpractice trial lawyer. She graduated from the University of New Mexico School of Law in 1993, where she was distinguished with the Tort Scholar Award for her graduating class. Following law school, she immediately began civil trial practice. Her practice has focused over the last decade on prosecuting primarily medical malpractice cases for patients killed or permanently harmed by bad medical care. She has handled and tried cases on behalf of hundreds of victims. She has worked directly against insurance companies for bad faith insurance practices, automobile and semi-truck crashes, products liability cases, Fair Labor Standards Act violations and violent torts, most notably helping children who were the victims of sexual abuse. It was because of this work that Lisa introduced key legislation in the 2012 session to extend the time a victim of childhood sexual abuse can pursue charges against their abuser.

Lisa has had the privilege of representing countless New Mexico families over the years, including the Cardon family. After a long trial against a careless doctor, the jury found the doctor to have recklessly caused the death of their much beloved mother. The jury assessed a verdict of over $6 million against the doctor. The Jury's high verdict sent a message to the New Mexico Medical Board who then restricted that doctor's license, so that similar harm could not happen to another family.

Other cases represented by Lisa include holding an alcoholic surgeon accountable in a wrongful death case, who negligently operated while actively drinking (he then surrendered his license to practice medicine because of the case); and another powerful doctor's license was taken because he was sexually abusing his patients. These and other doctors, who have committed gross negligence, have had their licenses surrendered or restricted because of Lisa's commitment to the victims and their families.

In Spencer v. Health Force, Lisa's case created case law that requires home healthcare agencies to make sure their employees are safe for the vulnerable elderly and disabled population they care for. In other appellate cases she solidified rights of people against irresponsible insurance companies in both the Supreme Court and the 10th Circuit Court of Appeals through Sloan v. State Farm. Lisa is known in the legal community for protecting the rights of children in the settlement of claims through our state appellate court. Lisa has cases in the NM Court of Appeals and NM Supreme Court on the impact and constitutionality of the Medical Malpractice Act.

Lisa was appointed by the NM Supreme Court Rules of Evidence Committee, is one of two NM lawyers on the American Association for Justice Board of Governors, is the Chair of the NM Commission on the Status of Women, and a member of the NM Citizen Redistricting Committee. She is also Trustee of her Fund, the LK Curtis Children's Fund, which seeks out programs to protect and enhance the education and lives of children in New Mexico. Lisa is married to her very supportive husband, Bob Curtis, and has four very busy adult children, and three grandchildren.