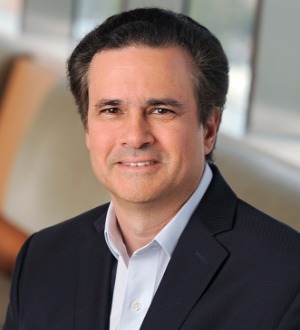 Recognized by Best Lawyers® since 2016.
1999 Avenue of the Stars, Eighth Floor Century City, California 90067
(310) 553-6700
|
Firm: O'Melveny & Myers
|  Website
Edit Profile
Edit Your Profile
To edit your Lawyer Directory information, please login to your
Best Lawyers® Admin Account.
If you have any questions or need assistance, please contact us at info@bestlawyers.com or 803.648.0300.
Overview
Firm

Lindsay Conner is co-chair of the entertainment and media practice at Manatt, Phelps & Phillips, LLP, and heads the film, television and digital content practice group. He has served as chief outside entertainment counsel for major film studios and television networks, global telecommunications companies, film and television production and distribution companies, and digital media companies, as well as for banks, financial institutions and private equity funds. Lindsay’s clientele spans the globe, from North America to Asia, Europe and Latin America. Lindsay has been quoted on the China Global Television Network and in the New York Times and the Los Angeles Times. He has been honored by The Hollywood Reporter as one of the “Top 20 Dealmakers of the Year” and one of the “Top 100 Power Lawyers in Hollywood,” and by Variety as one of “50 Game-Changing Attorneys in Hollywood” and one of the “Variety 500,” Variety’s list of the top 500 most important people in the global entertainment and media industries.

Lindsay served as lead counsel for Beijing-based Perfect World Pictures in a $500 million, five-year, 50-film slate co-finance agreement with Universal Pictures and its subsequent $250 million credit facility with East West Bank and JPMorgan. The deal was the first-ever direct investment by a Chinese company in the film slate of one of the six “major” Hollywood studios. He represented Huayi Brothers Media Corp. in an 18-film, three-year co-finance and distribution agreement with the Hollywood studio STX Entertainment. Lindsay represented Beijing Weiying Technology Co. Ltd., the largest online seller of theater tickets in China, with several distribution agreements with STX for Hollywood films to be distributed in China. He also represented Tang Media Partners (TMP) in the creation of the first-ever slate co-finance agreement in the television industry—and the joint venture TV production company formed by Tencent, IM Global and TMP.

According to Chambers, one of the world’s top attorney-ranking publications, “Lindsay Conner is a highly respected transactional lawyer who has impressed clients with his sophisticated approach and deep industry experience. ‘He is exceedingly clever; the other side respects him—he can hold his own against anyone in the world.’”