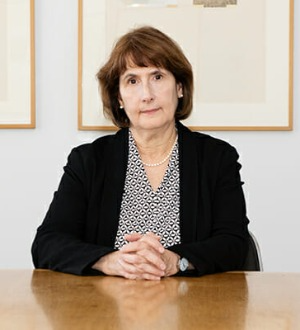 A Willig, Williams & Davidson partner, Linda M. Martin counsels and represents labor organizations and individuals in a broad range of labor and employment matters. She routinely advocates on behalf of her clients in state and federal courts, and before arbitrators and administrative agencies.

In keeping with the firm’s dedication to giving back to the legal and broader communities, Linda served as a volunteer attorney with the Philadelphia Bar Association’s Homeless Advocacy Project and is an investigator for the Pennsylvania Bar Association’s Judicial Evaluation Commission. As a volunteer attorney, Linda has represented homeless individuals in connection with social security disability and veterans’ disability benefits as well as education matters. Among other notable pro bono cases, she has secured SSD benefits for a mother whose 8-year-old son suffered from emotional and behavioral problems, including violent acts toward family members, and obtained SSD benefits for an immigrant who suffered from significant mental health issues.

As a Judicial Evaluation Commission investigator, Linda teams with other team members to investigate trial judges seeking appellate seats and Pennsylvania Commonwealth Court and Supreme Court judges seeking retention. Linda has chaired eight investigations. As chair, her duties include reviewing decisions authored by the judicial candidate, interviewing candidates and attorneys who have appeared before the candidate and  preparing the investigative committee’s final report on a judicial candidate, which forms part of the basis for the Commission’s candidate rating.

In addition, Linda was instrumental in establishing an outreach non-profit corporation in Delaware County. The outreach corporation, through grants and various fund raising activities, established an after school tutorial program for elementary school children, a summer day camp, and an ESOL program, and a community burse program. Linda served as Chairman of the Board of Directors from 2002 through 2005.