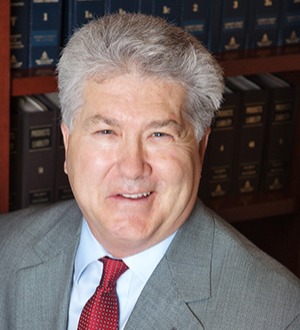 Leighton Rockafellow Sr is a native of Geneva, Illinois.  Leighton attended Southern Illinois University for two years and earned his undergraduate degree in Business Administration from the University of Arizona.  Leighton continued his education and earned his Juris Doctor degree from the University of Arizona School of Law now known as the James E Rogers School of Law. Leighton is admitted to practice before all Arizona Courts, the Federal Court of Appeals, 9th Circuit and the U. S. Supreme Court.  Leighton became certified as a specialist in Injury and Wrongful Death in 1991.  He is a member of the Million Dollar and Multi-Million Dollar Advocates Forum in recognition of his achievements.  Leighton is a member of the American Association for Justice and the National Trial Lawyers Association.  He is recognized as a Top 100 Litigator by America’s Top 100 Personal Injury Attorneys and is a member of Arizona’s Best Lawyers.

Leighton Sr. was a founding member of the Tucson Chapter of Mother’s Against Drunk Driving, was on the Board and served as  post Chairman of the local Chapter of The American Diabetes Association for many years, and is a past Chairman of the University of Arizona School of Music Advisory Board.