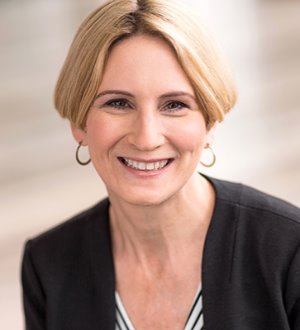 Laurie Hepler is a leading San Francisco appellate lawyer, who collaborates with clients to address all aspects of the appellate process objectively and strategically.  For almost 30 years, Laurie has helped trial counsel, corporate counsel, insurers and individuals keep their wins, reverse their losses, and develop the law.  Successful first- and second-chair trial experience back up her appellate expertise.

Clients retain Laurie in state and federal courts throughout California and the U.S.  She has briefed and argued countless California appeals, including three California Supreme Court wins, and has argued in the highest courts of two other states and several federal circuits.

Her clients’ appellate matters span a wide range of subjects, including employment, product liability, insurance coverage, contract disputes, personal jurisdiction, and unfair competition.  But the subject counts less than the forum: appellate courts know Laurie, and she knows them.

She is Contributing Editor for the leading treatise on California appeals—Eisenberg, Cal. Practice Guide: Civil Appeals and Writs (The Rutter Group).Laurie’s community service includes running a volunteer group that makes hundreds of bagged meals per month for Samaritan House.  Her years leading this wonderful team have produced nearly 30,000 meals.