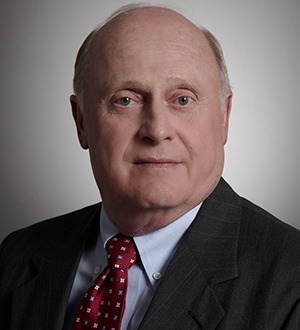 Recognized by Best Lawyers® since 2006.
2100 L Street, NW, Suite 900 Washington, District of Columbia 20037
(202) 887-1500
|
Firm: Morrison & Foerster
|  Website
Edit Profile
Edit Your Profile
To edit your Lawyer Directory information, please login to your
Best Lawyers® Admin Account.
If you have any questions or need assistance, please contact us at info@bestlawyers.com or 803.648.0300.
Overview
Firm

Mr. Fischer has worked closely with clients on every major legislative and regulatory initiative affecting financial services and payment systems since the mid 1970's. He also has been successful in obtaining important regulatory clarifications and changes on many retail banking and consumer lending issues.

Chambers USA 2018 recognizes Mr. Fischer as a “star individual” and Chambers has noted that he is “seen as ‘the dean in this space’ by commentators in the consumer finance regulatory arena.” He is also recognized by Chambers Global 2018, Legal 500 US 2018, Best Lawyers in America 2019, IFLR1000 2013, and Who’s Who Legal: Banking 2018. Best Lawyers named Mr. Fischer “Lawyer of the Year” for Washington, D.C. Financial Services Regulation Law in 2013 and 2018 and in 2011, 2013, and 2015, the Washingtonian magazine named him one of Washington, D.C.'s elite lawyers. Mr. Fischer was also honored by Thomson Reuters Accelus with its 2012 international Outstanding Long Term Service to the Compliance Industry Award.

While attending the University of California, Hastings College of the Law, Mr. Fischer served on the editorial board of the Hastings Law Journal and was elected to the Order of the Coif.