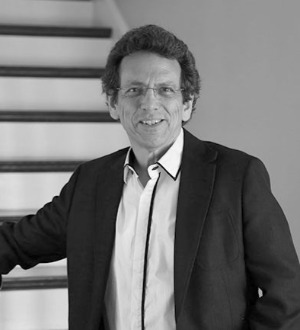 Recognized by Best Lawyers® since 2006.
10880 Wilshire Boulevard, Suite 2000 Los Angeles, California 90024
(424) 313-7860
|
Firm: Pasich LLP
|  Website
Edit Profile
Edit Your Profile
To edit your Lawyer Directory information, please login to your
Best Lawyers® Admin Account.
If you have any questions or need assistance, please contact us at info@bestlawyers.com or 803.648.0300.
Overview
Firm

Kirk Pasich is a partner in the Los Angeles office of Dickstein Shapiro LLP, a member of the firm's Executive Committee, and the Client Strategy Leader in its Insurance Coverage Group.  He was named by Los Angeles Business Journal as one of the top 10 litigators in Los Angeles, by Super Lawyers as the #3 lawyer in Southern California, by California Law Business to its “Legal Dream Team” as one of California’s top 25 litigators, by Lawdragon as one of the nation’s 500 leading lawyers, and by Chambers USA:  America’s Leading Business Lawyers as “the market leader for policyholder representation in California” and one of the nation’s top 12 policyholder lawyers.

Mr. Pasich conducts an active arbitration, trial, and appellate practice.  He has three times served as lead trial counsel in insurance-related matters in which his clients obtained one of the ten largest verdicts of the year in California.  In 2010, the Ninth Circuit affirmed a $48.5 million federal judgment in a jury trial on behalf of Sempra Energy against insurance broker Marsh USA.  Since January 1, 2007, he has handled  insurance-related matters in which his clients have recovered more than $2 billion.

Mr. Pasich is the author of more than 400 articles on insurance and the author, co-author, or editor of several books, including Casualty and Liability Insurance (Matthew Bender), Complex Insurance Coverage Litigation Handbood (ABA), and New Appleman Sports and Entertainment Insurance Law & Practice Guide (LexisNexis).  His articles have been cited by the Arizona and California Supreme Courts and by other appellate courts and federal courts.