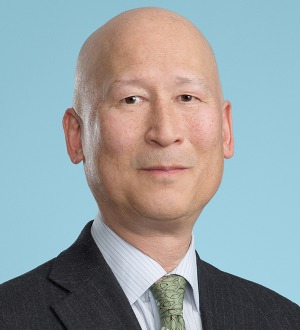 Mr. Fong is leader of the firm’s Appellate practice team, ranked by U.S. News/Best Lawyers as  "National Tier 1" appellate practice.  He is listed by Chambers USA in its rankings of top California appellate lawyers. Mr. Fong is one of the California appellate lawyers selected for the Best Lawyers in America (2007-16); he has been named by Super Lawyers magazine as one of the Top 100 lawters in Northern California every year since 2009.

Mr. Fong has appeared in 125 published decisions, including arguments in six cases before the California Supreme Court (prevailing in five of the six cases). He has authored briefs in leading cases before numerous Circuits and the U.S. Supreme Court, including a landmark administrative law case, Chevron v. Natural Resources Defense Council.

Mr. Fong was elected to the California Academy of Appellate Lawyers in 1991 and served as its president in 2010-11.  Mr. Fong has been a contributing author of the National Institute of Trial Advocacy’s (NITA) commentaries to the Federal Rules of Appellate Procedure.  He has authored several articles in The Practical Litigator (published by the American Law Institute—American Bar Association), including a January 2009 article on “Crafting Jury Instructions to Win Trials and Appeals.”

What legal services does this lawyer offer?
Appellate Practice
Trusts and Estates
Awards