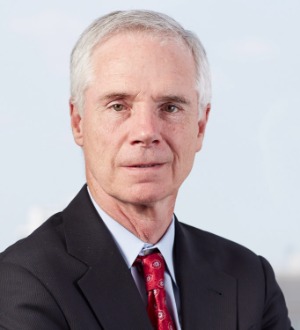 Kevin Conway is a trial lawyer involved in mass torts and catastrophic injury cases.  He is known throughout the United States.  He is a named partner at Cooney and Conway based in Chicago, Illinois.  He is a Past President of the Illinois Trial Lawyers Association.  He is the recipient of the Leonard Ring Award for his significant contributions to victim's rights at trial and for advocating for the public's Right to Trial by Jury.

He has been recognized by numerous local and national organizations.  For instance--He was named the Mass Tort Lawyer of the Year by Best Lawyers.   He was nominated for Trial Lawyer of the Year by Lawyers for Public Justice. He is a recipient of the Medal of Excellence from Loyola University Chicago's School of Law.

He and his law partners have established the Cooney and Conway Chair in Advocacy at Loyola University Chicago School of Law.

Kevin has been a guest on Television and Radio programs to discuss legal issues and major civil jury verdicts.  He has testified before legislative committees regarding legislation that impacts victims of catastrophic injuries and wrongful death.

Mr. Conway has lectured across the country to lawyers, insurance companies, law students and others interested in the civil justice system.