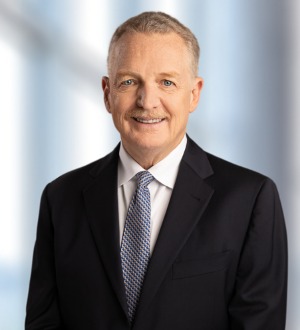 Years In Practice
Phone Number (713) 523-0667
Kevin Dubose has a  BA in English from Rice University,  and a JD from the University of Texas Law School.  He began his career in a small litigation firm, primarily doing insurance defense work, and tried about 25 jury trial in his first 6 years of practice.  He began specializing in appellate advocacy in 1985, first in a solo practice, then as the appellate specialist for a prominent plaintiff's personal injury practice.  Since 1994 he has practiced in an appellate boutique environment.

Kevin is a former chair of the State Bar of Texas Appellate Section and the  Houston Bar Association Appellate Section.  He is a Fellow of the American Academy of Appellate Lawyers, and has been listed in Texas Super Lawyers as one of the Top 100 Lawyers in Texas.  He also is regularly listed in Best Lawyers in America, and in the Chambers Guide to America's Leading Lawyers for Business. In 2012 he became the 4th lawyer recipient of the Chief Justice Jack Pope Professionalism Award, presented to one attorney and one judge each year by the Texas Center for Legal Ethics.

Kevin is a frequent author and speaker at CLE courses, primarily in the areas of preservation of error before, during, and after trial; legal writing; oral advocacy; appellate ethics; and creating a meaningful, fulfilling, and balanced law practice.

Kevin has been married for over 30 years to Glenda Owen (DDS), and has two grown sons who he considers his closest friends.  He has held numerous leadership positions at St. Mark's United Methodist Church, and currently is an active member of the Board of two non-profit organizations: Main Street Theater (current Board President), and Houston Urban Debate League. He is a cyclist, runner, and foodie, and an avid fan of movies, theater, and live music.
What legal services does this lawyer offer?
Appellate Practice
Bet-the-Company Litigation
Awards