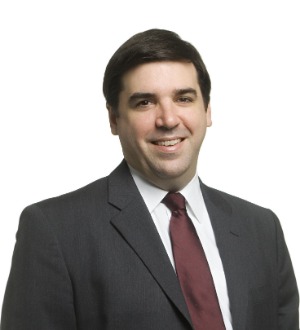 A partner based in our Nashville office, Kenneth S. Byrd is an experienced trial attorney at Lieff Cabraser, obtaining several large jury trial verdicts against Big Tobacco over the past several years. He received the Tennessee Association for Justice’s 2015 Paladin Award for his successful litigation against cigarette manufacturers R.J. Reynolds Tobacco Company, Philip Morris USA Inc., and Lorillard Tobacco Company in Florida federal courts. The Paladin Award is TAJ’s highest honor and is given to the state’s top trial lawyer of the year.

Kenny represents clients in mass tort cases, defective product cases and consumer fraud litigation. He represents consumers in consumer class action cases as well as injured individuals and their loved ones in personal injury and wrongful death lawsuits filed in across the country. Kenny is also a member of Lieff Cabraser’s False Claim Act/Fraud on the Government practice group, assisting whistleblowers to stop fraud and the misuse of funds in government contracts and programs.

Over the past several years, Kenny has represented the families of deceased smokers in trials in Florida federal court against the tobacco companies for their 50-year conspiracy of misrepresenting the dangers of smoking cigarettes and for intentionally engineering the design of cigarettes to make them more addictive. In 2013 and 2014, Kenny was the lead trial attorney in obtaining several substantial jury verdicts for smokers and their families, including a $27 million jury verdict and a $41 million jury verdict. His verdicts paved the way to a $100 million global settlement with Big Tobacco on behalf of hundreds of gravely injured smokers in Florida.

Prior to joining Lieff Cabraser, Kenny practiced as a litigation attorney at Harwell, Howard, Hyne, Gabbert & Manner, PC. He also worked as a reporter in Washington D.C., covering church-state and religious liberty matters at the White House, U.S. Supreme Court and Congress. Covering politicians as a reporter, he learned how to smell out lies and deception and uncover truth.