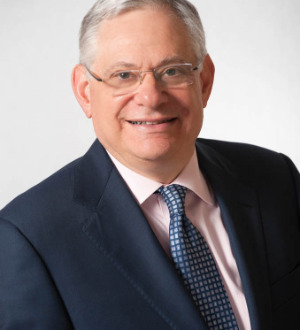 Years In Practice
Phone Number (781) 453-0030
KENNETH P. BRIER is a partner of Brier, Marandett & Rossetti LLP in Needham, a boutique firm focusing on taxation, estate planning, probate, small business planning and executive benefit matters. Prior to opening his own practice in 2003, Mr. Brier was a member of the estate planning group at Bingham McCutchen LLP in Boston. He was admitted to the Massachusetts bar in 1980, the U.S. District Court of Massachusetts in 1980, and the U.S. Tax Court in 1986. He was also licensed as a CPA in Massachusetts in 1981. Mr. Brier is a member of the American, Boston and Massachusetts Bar Associations, the Mass. Society of CPA's, the Boston Estate Planning Council, and the Society of Trust and Estate Practioners, an international body of professionals.  He is also a fellow of the American College of Trust and Estate Counsel (ACTEC), a national elective organization of distinguished trust and estate attorneys. He is the former co-chair of the Boston Bar Association trusts and estates section and of its estate planning committee. Since 1999, Mr. Brier annually has earned a listing in the selective and highly regarded publication, The Best Lawyers in America. Mr. Brier is a frequent lecturer and has been quoted in numerous publications. He has authored articles for many publications including ACTEC Notes, The Tax Lawyer, Trusts & Estates, Family Business, Financial Planning, Massachusetts CPA Review, and Tax Law Review. Mr. Brier graduated, with honors, from Princeton University in 1975 with a degree in economics, and earned his J.D. from Columbia University School of Law in 1979.
What legal services does this lawyer offer?
Business Planning
Gift Planning
International Trade and Finance Law
Trusts and Estates
Education
Columbia University in the City of New York, J.D.
Graduated 1979
Princeton University, A.B.
Graduated 1975
Contact Details and Office Locations
Other: (781) 453-0030
kbrier@brierlaw.com
160 Gould Street, Suite 320
Needham, Massachusetts 02494-2300
Needham, Massachusetts 02494-2300
See Location