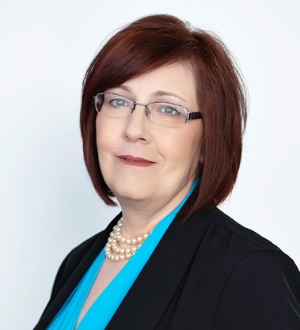 Kathleen Law is a member of the firm’s Business, Finance, and Real Estate Department and practices in the area of real estate law. She received a B.A. degree with honors in Business from William Penn University. Kathleen graduated Order of the Coif from Drake University Law School and was named Outstanding Graduating Senior by the Iowa State Bar Association.

Kathleen has represented wind energy developers on project site acquisition, negotiating and preparing agreements with landowners, zoning, and other permitting and title matters for nearly 2500MW generating capacity that is now in service or under construction, as well as over 1500MW in earlier stages of development. She also works with others in the firm’s renewable energy group on project finance and asset sales of developed sites and sale of project companies. Kathleen is also the president of the Iowa Wind Energy Association.

Kathleen served on the Business Law Section council (2007-2008) and on the Real Estate Section Title Standards Committee (2008-2014) of the Iowa State Bar Association. She is a graduate of the Greater Des Moines Leadership Institute. Kathleen was one of six attorneys in the nation selected for the ABA RPTE Fellows Class of 2008-2010.