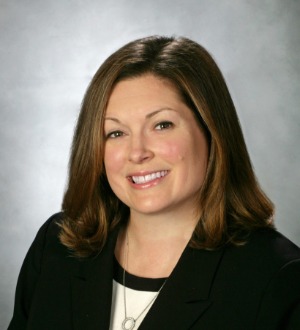 Kara M. Swasey is a director at Bayard. She concentrates her practice in the area of family law, including divorce, custody, child support, adoption, guardianship and protection from abuse. She provides litigation support to Bayard’s bankruptcy, corporate and commercial law practices. Kara also represents landlords in commercial and residential landlord-tenant matters in Justice of the Peace courts throughout the state of Delaware. Kara is a member of the Executive Committee of the Melson-Arsht Inn of Court and has twice been nominated by the Melson-Arsht Inn of Court to speak at the new attorney admissions ceremony. She is also a Reporter on the Access to Justice Commission’s Subcommittee on Judicial Branch Coordination in Helping Pro Se Litigants. Kara previously served as Chair of the Family Law Section of the Delaware State Bar Association during the 2013-2014 term and Vice Chair from 2012-2013. She remains active in the DSBA Family Law Section and is currently the secretary of that group. In 2011, Kara completed an intensive professional training program in the art of family law advocacy at the National Institute for Trial Advocacy’s Family Law Advocacy Institute.

Since 2014, Kara has been selected by Super Lawyers as a Rising Star in Delaware Family Law. Her work also contributed to Bayard’s designation as a Metro tier 1 Best Law Firm in Delaware for Family Law by U.S. News – Best Lawyers from 2014 through 2019. Kara has been named in Delaware Today magazine’s Top Lawyers edition since 2015 as a top Delaware family law attorney.  In its 2021 Edition, Best Lawyers® recognized Kara for her work in Family Law.  Kara is AV® Peer Review Rated by Martindale-Hubbell.*

Kara currently serves on the Board of Directors for Delaware Volunteer Legal Services, an organization that provides quality pro bono legal services to indigent Delawareans. She also volunteers for DVLS, the Domestic Violence Advocacy Program, the Limited Legal Assistance Program, the Federal Re-entry Legal Assistance Program, and the Office of the Child Advocate.  In October 2017, Kara was recognized by the Delaware State Bar Association and awarded the Christopher W. White Distinguished Access to Justice Commitment Award for her dedication to pro bono work in the state of Delaware.  In December 2017, Kara received the Delaware State Bar Association’s Young Lawyers Distinguished Service Award for her leadership and service to the cause of good citizenship. In 2019, Kara was presented the Service to Children Award from the State of Delaware’s Office of the Child Advocate for her longstanding commitment to Delaware’s children.  Kara served as an attorney coach for the St. Mark’s High School Mock Trial Team and participated as a scoring judge in the National Mock Trial Championship held in Wilmington, Delaware in May 2008, and served as a scoring judge for the state competition. Kara joined Bayard in 2007 after earning her J.D. and M.B.A. from Villanova University. She is admitted to practice law in Delaware and Pennsylvania. During law school, Kara was a Research Assistant to Professor Ann Carey Juliano.

*AV Preeminent and BV Distinguished are certification marks of Reed Elsevier Properties Inc., used in accordance with the Martindale-Hubbell® certification procedures, standards and policies. Ratings reflect the confidential opinions of members of the Bar and the Judiciary. Martindale-Hubbell ratings fall into two categories: legal ability and general ethical standards.