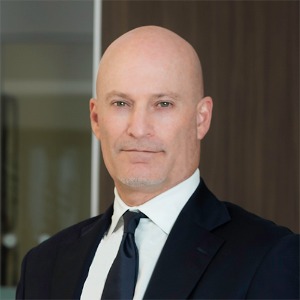 Justin D. Grosz is a Partner and Co-Business Unit Leader of the Justice for Kids® Division, the firm’s national practice dedicated to providing legal services to protect abused, disabled, and catastrophically injured children harmed at home, by the acts of others, in child welfare and foster care settings, and in group home settings and residential treatment centers.

Justin focuses his practice on:

Justin is a veteran trial lawyer of more than 25 years, having devoted his legal career to fighting for the less fortunate who have been victimized at the hands of others.

He started his career as an Assistant State Attorney in Broward County. Over the course of 11+ years at the State Attorney’s Office, Justin oversaw the investigation and prosecution of violent career criminals, handling cases involving homicides, home invasion, kidnapping, and armed robbery. He was also responsible for supervising fellow prosecutors.

After leaving public service, Justin spent several years representing police officers and police departments in civil rights cases and was appointed on a number of occasions to serve, and try cases, as a Special Prosecutor. He then began representing victims and families in catastrophic personal injury and wrongful death cases, ultimately opening his own firm, before helping form Justice for Kids® ®. He has achieved multimillion-dollar awards for his clients, including at-risk children. Over the course of his impressive career, Justin has tried more than 230 jury trials to verdict.

Justin earned his Bachelor of Arts degree from Indiana University and his Juris Doctor degree from Nova Southeastern University Shepard Broad College of Law. He is admitted to practice law in Florida, New York, and Washington DC and has been admitted, on a pro hac basis to represent clients in courts in North Carolina, Montana, and Louisiana.