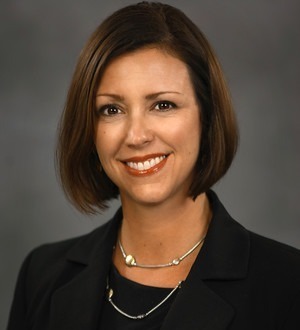 Julie Curran Gerock is a partner with Maddox & Gerock, P.C. in Falls Church, Virginia. She has been a family law attorney since 1999, representing her clients in complex cases, including equitable distribution, spousal support, child support, child custody, visitation, relocation as well as international family law cases. She is licensed to practice law in Virginia, the District of Columbia and North Carolina. She is an active member of the Virginia State Bar, Fairfax County Bar Association, International Academy of Family Lawyers, Virginia Trial Lawyers Association, and American Bar Association.

Ms. Gerock began her law career in Charlotte, North Carolina working with a small firm. In less than three years, she built a successful domestic relations practice and was quickly named as a partner of the firm. She sat on numerous family law committees, was a CLE presenter and a moot court judge for a local high school competition.

In 2005, when Ms. Gerock relocated to Northern Virginia, her experience, dedication and compassion quickly distinguished Ms. Gerock from many other family law attorneys, gaining her the respect of judges, opposing counsel and her clients. Before joining Maddox & Gerock, P.C., Ms. Gerock practiced law with the firm of Ain & Bank, P.C. in Washington, D.C.

Ms. Gerock was recently recognized in the 2019 Edition of Best Lawyers in America for Family Law. She has also been named by Washingtonian Magazine as one of DC's Best Divorce Lawyers in 2008, 2016, and 2017. She is AV Preeminent Rated by Martindale-Hubble, the highest rating an attorney can receive since 2013 to include in 2018 the Judicial Edition AV Preeminent rating. She has been names as a Super Lawyer in Virgina since 2011 to include being named in the Top 50 Women Attorneys' list for at least 3 years since 2013 and the Top 100 Virginia Super Lawyers list in 2018. She has also been named as a Top Lawyer in 2017 by Northern Virginia Magazine, in the Top 1% of America's Most Honored Professionals for 2018, and 2017 Legal Elite by Virginia Business Magazine.

She practices law in Fairfax, Arlington, Alexandria, Loudoun, Prince William, Stafford and Fauquier Counties. She also practices in the District of Columbia and maintains active licensing in North Carolina.

Ms. Gerock is actively involved in many local and state bar activities and has served on a number of committees, including: the executive committee of the Fairfax Law Foundation, Fairfax Circuit Court Committee, and the Fairfax Circuit Court Domestic Relations Sub-Committee; various committees of the Virginia Trial Lawyers Association to include as an ex-officio member of the VTLA Board, family law section, vice-chair of the Women’s Caucus, the Judicial Screening committee, the Budget & Finance committee, and chair of the Membership committee; the Virginia Family Law Coalition; the Board of the Young Lawyers Section of the Fairfax Bar Association; and the Judicial Screening Committee of the Fairfax Bar Association.

Ms. Gerock and her law partner, Katharine Maddox, have co-authored a chapter in the European Lawyer Reference Series: Issues in International Family Law, which was published in 2011, 2013, 2015 and 2017. She has also co-authored an article with a former colleague on the topic of Separate Maintenance published in the Journal of the Virginia Trial Lawyers Association, Summer 2015.

Ms. Gerock is also committed to her family and community activities. She was a Girl Scout leader for her daughter's troop for 8 years and previously worked as a family readiness volunteer during Operation Enduring Freedom for her husband's Air National Guard unit, assisting the families of military spouses who were being deployed.Ms. Gerock has been married to her Air Force husband since 1999. They reside in Fairfax County, Virginia with their daughter, dogs, cats and fish. She enjoys spending time with her family and friends, traveling, dancing, and enjoying outdoor activities.