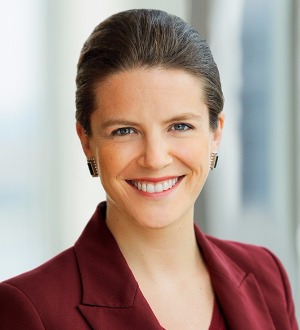 Ms. Bédard has been selected for inclusion in The Best Lawyers in America (2012-2014); Global Arbitration Review’s 45 under 45 (2011); Chambers Global (2011-2014), which noted in its 2013 edition a comment that “she has the capacity to understand non-legal details that most lawyers would overlook”; Chambers USA (2009-2014);Chambers Latin America (2011-2014); Global Arbitration Review’s International Who’s Who of Commercial Arbitration (2011-2013), which described her in 2013 as “an extremely bright all-rounder”; Euromoney’s Expert Guide’s: Best of the Best USA 2013 – Commercial Arbitration (Top 30 practitioners); and Euromoney’s Guide to the World’s Leading Commercial Arbitration Experts (2011). Ms. Bédard was named as a “2014 Rising Star” by the New York Law Journal. She also received the “Best in Commercial Arbitration” Euromoney Women in Business Law Award in 2012 and 2013. In addition, Ms. Bédard was named by the World Economic Forum to the 2013 “Young Global Leaders” and was selected among the “Inspiring Women in Law” by Latin Lawyer (November 2013). She is a member of the Skadden team that was named the 2013 “Law Firm of the Year: Dispute Resolution” by Chambers Global.

In cases, she represented or is representing:

Prior to joining Skadden, she practiced in litigation in Québec, Canada (1996-1998), served as law clerk on the Supreme Court of Canada (1998-1999) and taught LL.M. students at Columbia University (1999-2001). In 2001, she worked at the Court of Justice of the European Communities and at the Secretariat of the Court of Arbitration of the International Chamber of Commerce.

Ms. Bédard is a frequent lecturer and author on international litigation and arbitration issues.